After the French league’s sputtering return with three top-flight matches postponed due to Covid-19, clubs approach this weekend again depleted by illness as well as absences at the Africa Cup of Nations.

Since the start of December, the Parisians have won one and drawn five in the league.

Lionel Messi missed last weekend’s draw with Lyon with coronavirus and the club have postponed a winter training camp, due to start on Sunday in Qatar and Saudi Arabia, “in view of the health situation in France”.

PSG still lead the league by 11 points and for second-placed Nice, automatic qualification for the Champions League remains a more realistic target.

They edge Marseille, who have a game in hand, on goal difference and open the weekend’s action on Friday at home to Nantes.

Nice won 3-0 at Brest last weekend despite missing three players who had tested positive for Covid-19 and playing 70 minutes with 10 men after Morgan Schneiderlin was sent off.

Schneiderlin will be suspended and Mario Lemina and Youcef Atal are playing in Cameroon but Nice could recall their Covid cases.

“Will we be able to count on them on Friday, I do not know”, said coach Christophe Galtier on Friday, echoing the uncertainty of many Ligue 1 coaches, nervously awaiting test results before naming their squads.

They are without four players who are playing in the Africa Cup of Nations but striker Jean-Kevin Augustin, a free-agent signing last October who has been struggling with long Covid and has not played in Ligue 1 since last November returned to first-team training this week.

Rennes have suffered two straight league losses and have been knocked out of the French Cup, but host a Bordeaux team in crisis on Sunday.

After a third straight league loss left them one point above the relegation places, Bordeaux this week dropped three players, including club captain Laurent Koscielny, from their first-team squad.

After their game last weekend was called off because of a Covid outbreak at the club, last-placed Saint-Etienne make a belated start to the year at home to sixth-place Lens still severely depleted.

“We already have five players at the African Cup but we also had five cases of Covid-19 to lament and three will not be able to play against Lens,” coach Pascal Dupraz said.

Marseille bring the round to a close at home to champions Lille on Sunday. 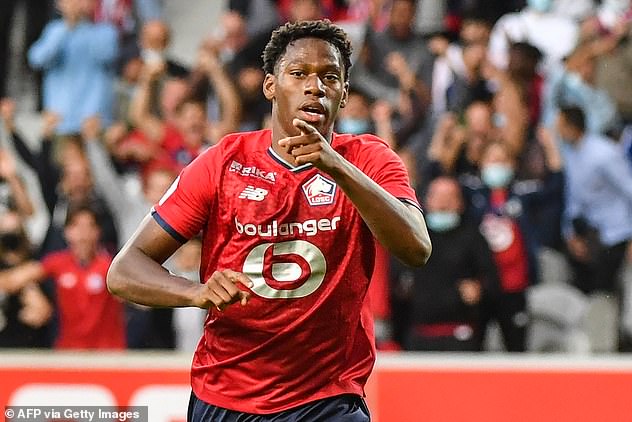 One to watch: Jonathan David

Europe’s wealthier clubs are certainly watching Lille’s 21-year-old Canada striker. His 84th-minute winner against Bordeaux last week was his league-leading 12th of the season. He also has three in the Champions League. Even though Lille face holders Chelsea in that competition in February, with their defence of the French title all but over, he could be a January target.

5:number of goals PSG with their star-studded attack have totalled in their last five league games