The 2022 Fifa World Cup is a matter of months away and Africa will once again get the chance to showcase the quality on the continent with five representatives in Qatar.

Ghana, Cameroon, Morocco, Tunisia and Senegal will hope to do better than at Russia 2018, when no team from the continent went beyond the pool stages.

That should not detract from a colourful history for Africa at the greatest football show on earth, and many players have made their name on the big stage, going on to bigger and better things.

SuperSport.com picks five African stars who have left the biggest impact on the World Cup.

The Granddaddy, in more ways than one, of African players at the World Cup as he set the 1990 tournament in Italy alight with his goals at the age of 38, but then returned four years later to set more records.

The Cameroon striker had already been retired from international football for two years by the time Italia 90 came along, but a phone call from the country’s president Paul Biya lured him back into the national team frame.

He proved a sensation, scoring four goals that were celebrated with his dance around the corner flag, as Cameroon reached the quarterfinals, where they lost 3-2 to England.

They were the first African side to reach that stage and might have gone further with better discipline and a bit more know-how on the international stage.

The Indomitable Lions were back at the World Cup for USA 94 and while Milla only scored one goal in what was a disappointing campaign, it set a record that still stands today.

He was at the time the oldest player to ever appear at a World Cup, a record that was beaten by Colombian Faryd Mondragón (43) in 2014 and then Egypt’s Essam El Hadary (45) in 2018.

Milla scored in the 6-1 defeat to Russia that is still a record today for the oldest player to net a goal at the global showpiece.

Gyan will perhaps forever be remembered for his crucial penalty miss for Ghana at the 2010 World Cup in South Africa which denied the Black Stars a historic place in the semifinals, but that should not detract from the excellent work he did across three finals. 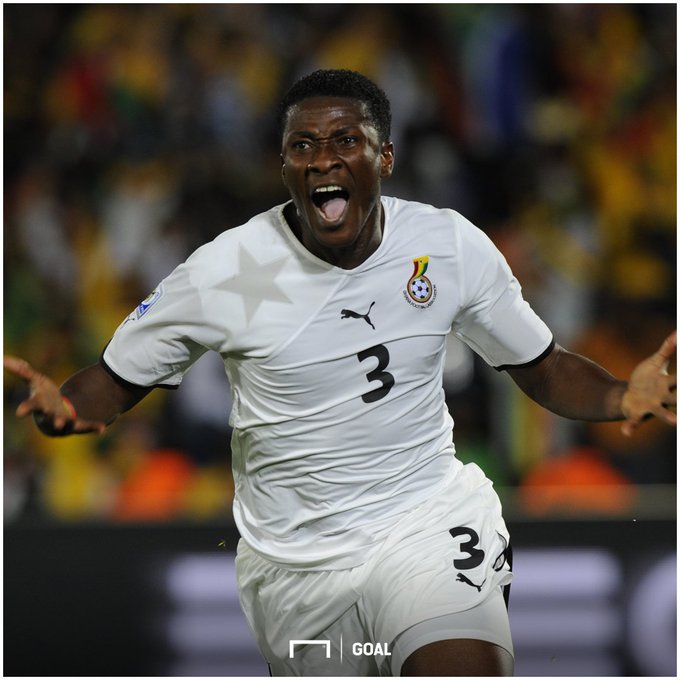 Gyan really rose to prominence in the qualifiers for the 2006 World Cup in Germany where Ghana were too good for Bafana Bafana and qualified at the expense of Stuart Baxter’s side.

He was still a teenager at the time, but had obvious talent and showed that at the 2006 finals, where he scored a crucial winner against the Czech Republic and impressed with his all-around showing.

He was even better in 2010, scoring three times against Serbia, Australia and United States as Ghana got to the brink of the semis, only to be denied on penalties by Uruguay.

Luis Suarez’s handball in the dying seconds of extra-time had given Gyan the chance to put his team into the next stage from 12-yards, but he missed the kick, a moment that will stay with him forever.

He grabbed another two World Cup goals in Brazil 2014, netting against eventual champions Germany and Portugal, as this time Ghana disappointed with an early exit.

His six career goals are a record for African players at the World Cup.

Song is the current coach of the Cameroon national side but is also a legend of the continent after earning 137 caps over a 17-year period for the Indomitable Lions.

That included four World Cup appearances, a number that would have been five had the side qualified for the 2006 tournament.

The defender’s first appearance was at USA 94 when he was something of a surprise call-up at the age of 17, but ended up playing in the group games against Sweden and Brazil. His red card against the latter meant he is the youngest player to be sent off at a World Cup.

There were 24 years and 42 days between Milla and Song in that Cameroon side, which remains the largest age gap between teammates in World Cup history.

He was back at France 98 but his red card in that tournament against Chile means he became the first player to be sent off at two World Cup finals, an unwanted feat later matched by Zinedine Zidane. He is in good company at least.

He was already a senior star by the time the side played at the 2002 tournament in South Korea & Japan, but was still there eight years later when the team made it to South Africa in 2010.

It made him the only player in the tournament who had also represented his country in 1994, after which he retired from the international game.

Diouf only went to one World Cup, but such was his impact that he has to be included on the list.

That was with Senegal in 2002 as the west Africans reached the quarterfinals with some scintillating football, and Diouf at the heart of it. 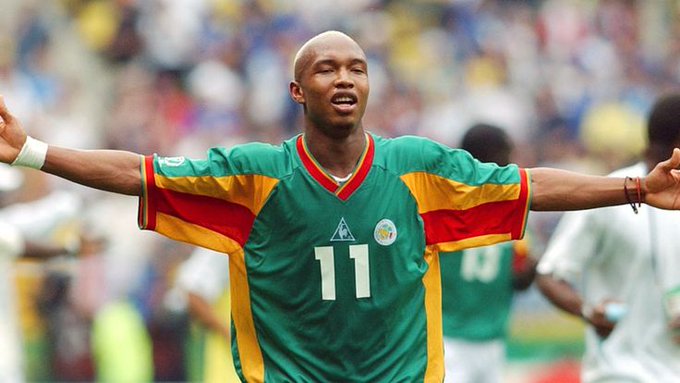 He had only been in the national team a couple of years, but was hugely influential with his quality on the ball, ability to create chances for teammates and score goals himself, though he did not find the back of the net in this tournament.

Diouf was so good throughout that he was included in the All Star XI for the tournament as he orchestrated wins over France and Sweden, and draws with Denmark and Uruguay, the latter a 3-3 thriller.

They eventually lost 1-0 to Turkey in extra-time, but the legend of Diouf was cemented and he later joined Liverpool following the tournament.

His international career was relatively brief as he retired from the Lions of Teranga in 2008, but it was certainly impactful.

Eto’o was only 15 when he made his Cameroon debut in 1997, though he would turn 16 the very next day, and was the youngest participant at France 98.

He was more established in the side at his next appearance in 2002 and netted a winner against Saudi Arabia, though it proved a disappointing tournament for the Indomitable Lions. 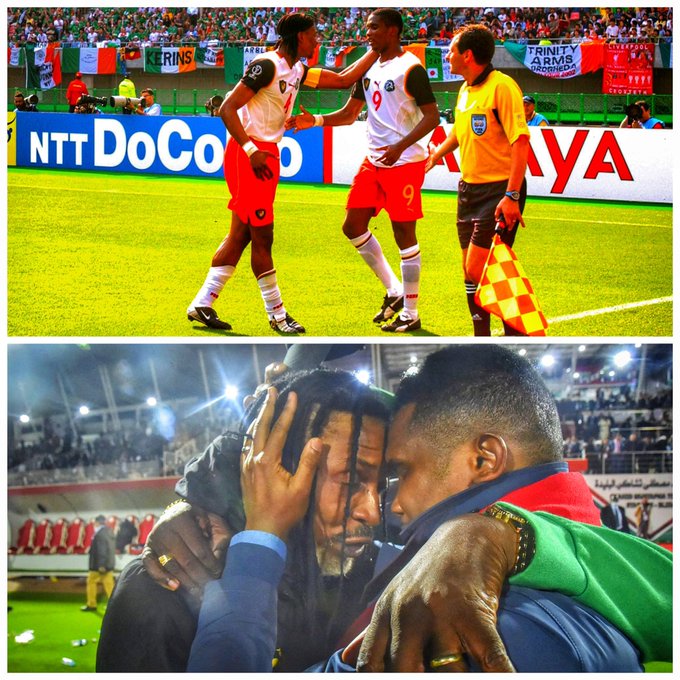 Cameroon missed out on 2006, but he was back the global showpiece in South Africa four years later and though he scored against Denmark and the Netherlands in the group stage, the team suffered an early exit, which he later described as the biggest disappointment of his career.

He was in the twilight of his career when he turned out for the side at Brazil 2014, becoming the third African player along with compatriots Song and Jacques Songo’o to play at four World Cups.

His three goals at World Cups may not sound like a lot, but they still make him the third highest African scorer in history behind Gyan and Milla.

Eto’o hung up his boots in 2019 and is currently the president of the Cameroon Football Federation.