Nigeria’s Aruna Quadri was one of the two seeded players that survived an early scare in the first round of the men’s singles at the Seamaster 2018 ITTF World Tour Platinum Australian Open on Thursday with six others exiting the competition.

Quadri, who has been seeded number 11 among the 16 top players seeded for the tournament had to come from behind against Germany’s Ricardo Walther in an entertaining encounter. 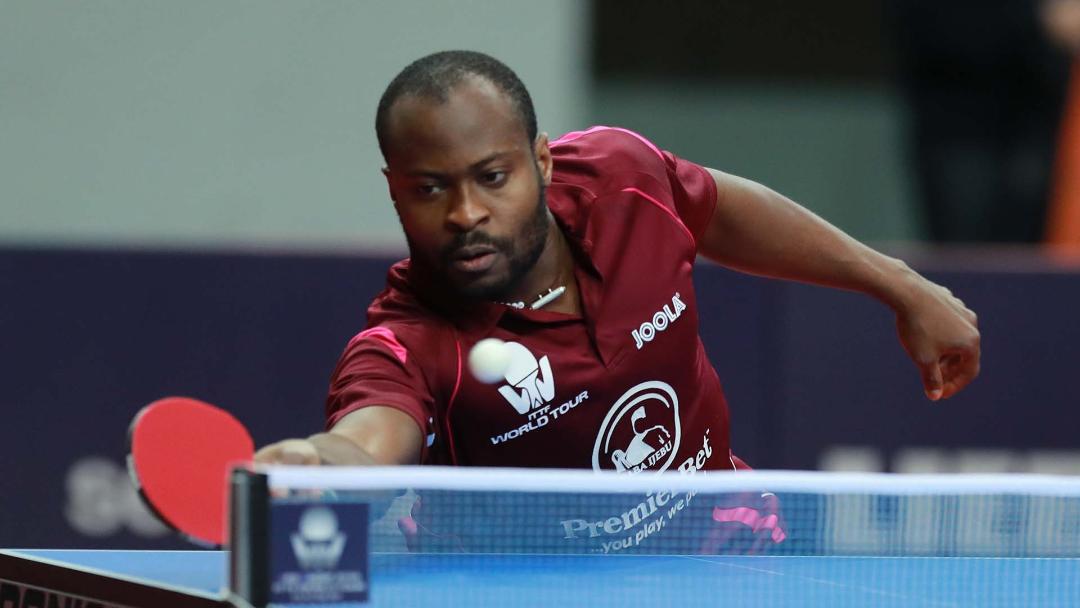 From the start of the encounter, it was as if the German was going to overwhelm Quadri with two consecutive win of 6-11, 10-12. But knowing what he had to go through psychologically after his first round exit at last week’s Korea Open, Quadri rediscovered his form to throw the venue into frenzy with his superb forehand shot which forced the German to play far from the table.

Having been well received and celebrated by the organizers for his conduct on and off the table coupled with his friendly disposition, Quadri fought from the brink of defeat to stun the German at 11-8, 11-7, 11-7, 12-10 to end the dream of the German qualifiers.

A visibly tired Quadri told Sportinglife.ng that he had to dig deep to overcome the German star. “I was just tired because I noticed that he did not even allow me to play from the backhand and I had to use more of my forehand and this made me to be tired. It was a very difficult match but I am so excited that I scaled the first round hurdle in Australia after the disappointing outing at the Korea Open. My next opponent is a Japanese star who edged out Hugo Calderano; I will surely try my best and hope for the best,” Quadri said.

In the eight matches that ignited proceedings in the first round of the men’s, Quadri and Korea Republic’s Lim Jonghoon are the only two seeds that survived; it was carnage in Australia for other top seeded players.

Other seeded players that were bundled out in the first round yesterday were Japan’s Koki Niwa, the no.4 seed; Japan’s Jun Mizutani, the no.8 seed and the winner two years ago when the tournament was staged in Melbourne. Chinese Taipei’s Chuang Chih-Yuan, the no.10 seed was also sent packing just as Japan’s Yuya Oshima overcame Brazil’s Hugo Calderano, the no.6 seed. Number three seed – Lee Sangsu was shown the exit by compatriot – , Jeoung Youngsik in a keenly contested encounter. The tournament continues on Friday as Quadri battles Yuya Oshima in the round of 16 tie.

Mancini would welcome Pirlo as Italy No. 2