Chieftains of the Nigeria Football Federation have dangled N362.6 million at members of the Super Eagles as qualification bonus if they secure the ticket for the Round of 16 on Tuesday against Argentina, Sportinglife.ng can reveal exclusively today. 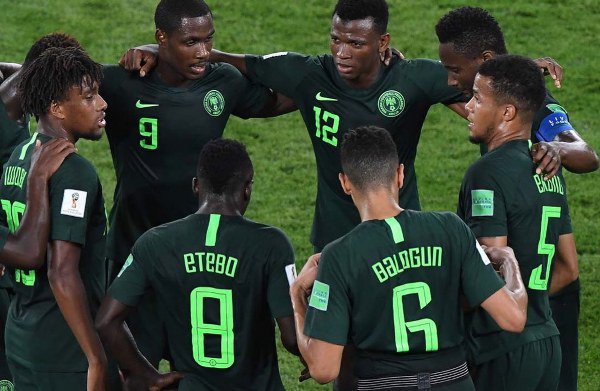 Eagles must beat the Argies inside the Saint Petersburg Stadium on Tuesday evening, if they hope to share N362.6 million. Nigeria needs victory over the Argentines, which will make whatever result from the other game meaningless since the country would have garnered six points, a haul the Icelandic side wouldn’t get even if they beat the Croatians also on Tuesday evening inside the Rostov Arena, Rostov-On-Don.

Consequently, the 23 players listed as members of the Super Eagles will be paid N362.6 million.

A source close to the team disclosed further that the players have shared the $50,000 given to the team for beating Iceland 2-0 by the Senate President, Senator Bukola Saraki, immediately after the game in Volgograd on Friday.

Indeed, the team comprising the players, coaches and officials, who arrived in Saint Petersburg, Sunday night at 8pm are expected to train twice on Monday, preparatory to the titanic clash against Argentina on Tuesday, to decide which of the two countries will qualify for the Round of 16 fixtures in the ongoing Russia 2018 World Cup tournament.