Less than 24 hours to the close of transfer window in England, injury time hope appears to be rising for want away Manchester United ace Romelu Lukaku.

Inter Milan have made a new £70million bid for Romelu Lukaku as the Manchester United striker edges closer to leaving Old Trafford.

Inter’s bid, which includes bonuses, is closer to the £75m United are demanding after rejecting a £54m offer from the Italian club last month.

It comes after a dramatic twist in the transfer saga this week when Lukaku turned up at training with his old club Anderlecht without United’s permission and was fined two weeks’ wages – a total of £400,000. 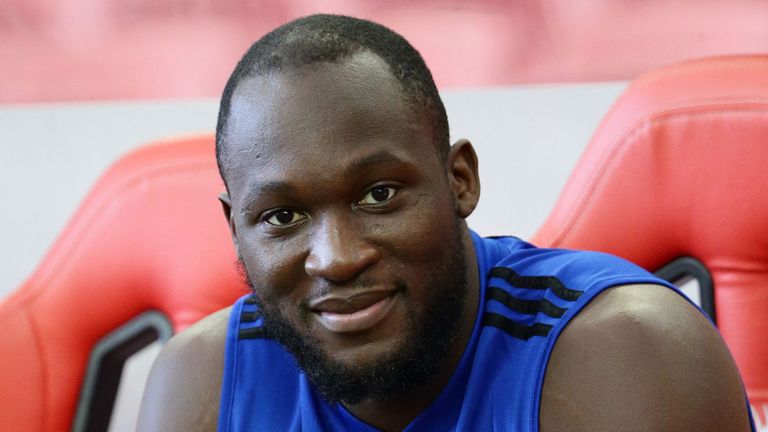 The 26-year-old trained with Anderlecht for a third day with officials there believing he is on his way to London where his agent Federico Pastorello has been in talks with United and Inter in an effort to end the impasse.

It’s understood that Lukaku’s camp are increasingly confident a deal can be done after Inter increased their bid. Although the transfer window in England closes at 5pm on Thursday, it will remain open in Italy until September 2.

That gives all three parties plenty of time to reach agreement, but there is a general acceptance that the deal needs to be completed as soon as possible after Lukaku’s relationship with United broke down.

He has angered the club by training with Anderlecht’s Under-18s the past two days, and was informed by email of the fine.

Lukaku also upset his manager Ole Gunnar Solskjaer and teammates at the weekend when he posted confidential stats from a sprint session to prove that he is one of the club’s quickest players.

Lukaku was second only to Diogo Dalot, but the stats also showed that Luke Shaw finished last behind Juan Mata and Nemanja  Matic.

Lille impressed with Osimhen after first day in training