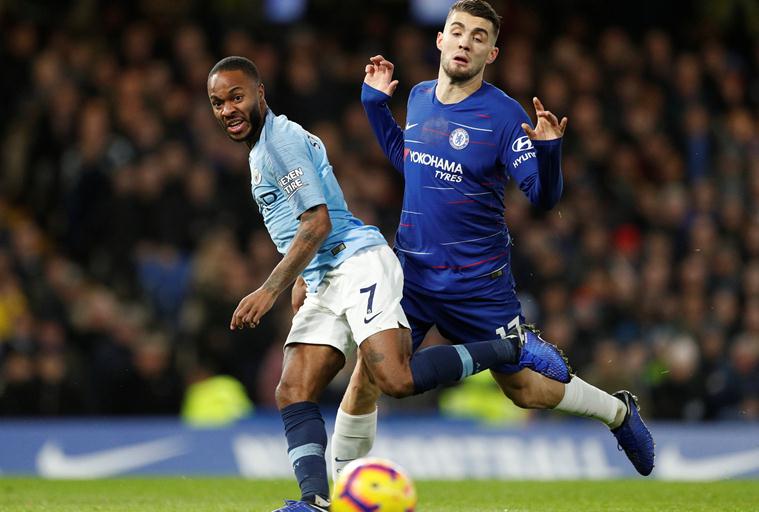 A Chelsea supporter has admitted directing abuse at Manchester City forward Raheem Sterling but said the vitriol was ‘not racist in nature’ after the club suspended four people from Stamford Bridge over Saturday’s incident.

A police investigation was launched after a video posted online showed the 24-year-old England international being shouted at by fans as he went to collect the ball during City’s 2-0 Premier League defeat at Stamford Bridge.

One of the supporters identified said that he had directed insults at Sterling but that they were not racist in nature. “I’m deeply ashamed by my own behaviour and I feel really bad,” Colin Wing, 60, was quoted as saying by the Daily Mail. Wing said he used an expletive along with the word “Manc” rather than “black.”

Read Also: We can only reduce not eradicate racism-Victor Ikpeba

“I’ve been going to Chelsea for 50 years now and, because of where I sit, I’m picked up on the camera most weeks. If I had a history of saying this sort of thing I would’ve been caught by now,” he added.

The supporter offered his apologies to the player and said he had lost his season ticket and his job. “Even if it wasn’t racist, it’s not right what I said. Even the swearing is bad — but I got carried away,” he added.

A Chelsea statement on Monday said that four people had been banned while the investgation continues and that the club “will also fully support any criminal prosecutions”. A spokesperson from the club told Reuters they would not be commenting any further at this stage.

No arrests were made after Saturday’s match but the Metropolitan Police said they would review footage to determine whether any racist abuse took place.

Sterling had posted a statement on Instagram on Sunday in which he said that newspapers were fuelling racism in football due to their negative portrayal of young black players in comparison to their white counterparts.

His comments were echoed by the Professional Footballers’ Association and former players such as John Barnes.

When the Rooneys hit the White House for Christmas Party