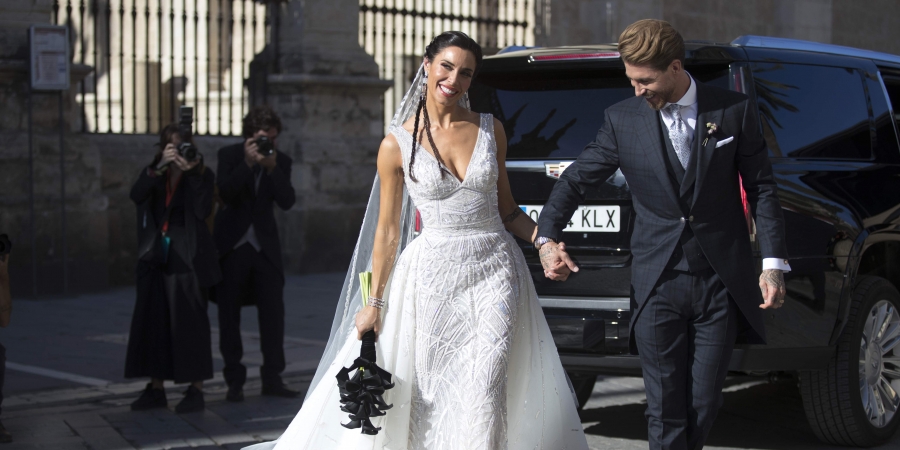 The crowd who had gathered at a famous 16th century cathedral to watch the celebrities arrive were delirious at the sight of ex-Real player David Beckham and his wife and former pop star Victoria, former and current La Liga stars Jordi Alba, Luka Modric, Keylor Navas, Roberto Carlos and Alvaro Morata, as well as matador El Cordobes.

The 33-year-old Ramos, who is from a suburb of Seville, arrived wearing a dark three-piece suit in a discrete check pattern, on the arm of his mother Paqui Garcia, who wore a traditional Andalusian mantilla, or raised head scarf.

The bride, who is 41, arrived a little later in a floor-length white dress with a long train.

After the ceremony, the couple were due to celebrate at the groom’s estate near Seville, where the guests would only be allowed in with a temporary unicorn tattoo and once they had surrendered their cell phones and any other devices with cameras or microphones.

Photographs in Spanish media in the days leading up to the event showed a Ferris wheel, bumper cars, a stage and Indian teepees had been set up.

The banquet was being prepared by chef Dani Garcia, who has won three Michelin stars for his restaurant in the Andalusian resort Marbella.