Sergio Ramos has revealed the secret to his success at Real Madrid as the capital club prepare for Sunday’s Clasico meeting with Barcelona. 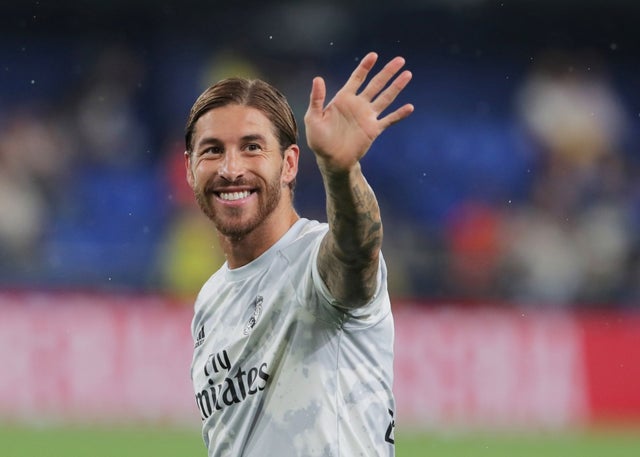 The 33-year-old joined Real from Sevilla in 2005 and has gone on to lift four league titles in that time as well as a host of other domestic silverware.

Real Madrid currently sit two points behind Barcelona in the race for the 2019-20 title heading into the weekend’s fixture and Ramos insists he and his club-mates are focused on the job in hand.

“The secret is hard work,” Ramos said when questioned on his success in Madrid. “It’s dedication and not losing focus or ambition. That’s fundamental.

“It’s tough, but if you can reset yourself every season to keep fighting, win trophies and to keep up that attitude of wanting to win new titles, that’s really important. Looking after myself and keeping in the best shape possible is always at the forefront of my mind.

“You learn new things every year so there’s always room to improve. That’s what you have to focus on, to keep improving to make the most of the situation you’re in.”

Ramos became the club’s record appearance-maker in Clasico fixtures when Real Madrid met Barcelona at Camp Nou in December and is closing in on Raul’s record as the player with the most overall appearances for the club.

Speaking on what playing for Real Madrid means to him, Ramos added: “For me, representing and captaining this club is a privilege.

“It makes me very, very proud. Being here so many years is a growing process. You grow with experience; with all the games you play over the years. Good and bad experiences.

“It’s an honour to wear the Real Madrid’s captain’s armband and to know that you’re an example to thousands of children, to your team-mates.

“It’s a great responsibility, so I try to act as best I can, not only for my team-mates but also so that the whole Real Madrid family can be proud of their captain.”

Real Madrid host Barcelona on Sunday as they look to overtake their Clasico rivals at the top of the Liga table.