Adekuoroye began her campaign in Turkey by defeating Giullia Rodrigues Penalber De Oliveira of Brazil 15-2 in the Round of 16, beat Lissette Alexandra Antes Castillo of Ecuador 10-0 in the quarter final before recording a 6-3 victory over Olga Khoroshavtseva of Russia in the semi-final.

The victory for Ondo State-born Adekuoroye, who is currently ranked World No. 5 by the United World Wrestling, will see her accrue more ranking points ahead of the 2019 World Championships in Kazakhstan in September.

Meanwhile 9-time African champion and current Commonwealth champion, Blessing Oborududu could only settle for bronze medal in her usual 68kg category as she defeated Alina Stadnik Makhynia of Ukraine in the bronze medal match. 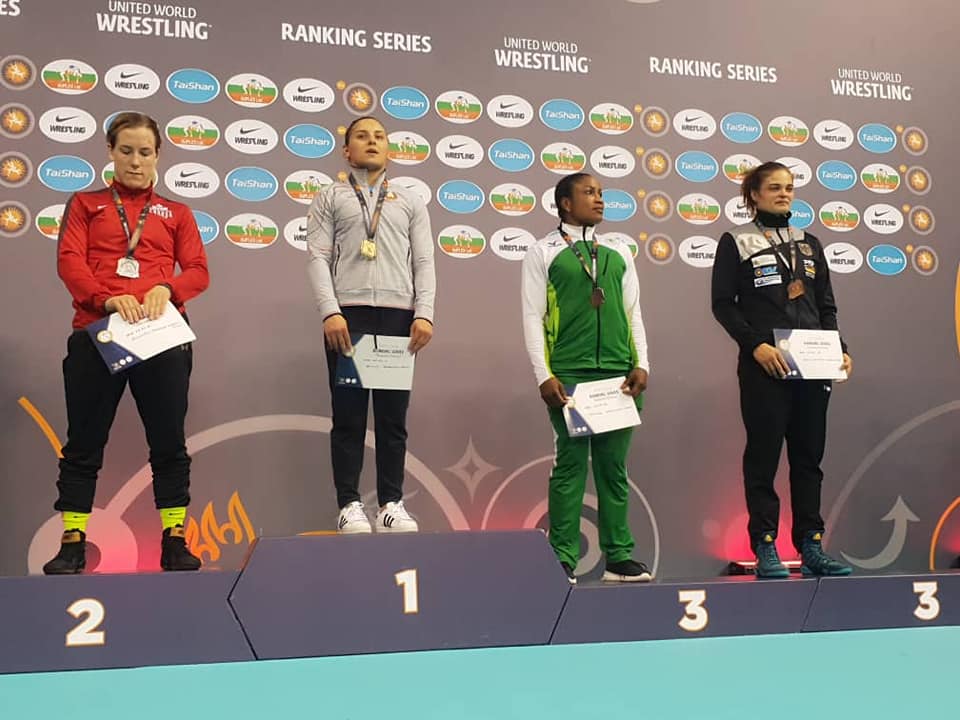 World’s No.12 Oborududu had defeated Germany’s Nadine Weinauge 12-3 in the qualification match, before defeating Kadriye Aksoy of Turkey 6-0 in the quarter final match.

The Bayelsa state athlete however lost to former world junior champion, Danielle Lappage 8-1 in the semifinal as the 28 year old Canadian avenged the defeat suffered in the hands of the Nigerian at the 2018 Gold Coast Commonwealth Games final.

The 4-day tournament had in attendance more than 275 wrestlers from 21 countries around the globe that tried to pocket the remaining Ranking Series points before heading to Nur-Sultan, Kazakhstan, for September’s World Championships