Real Madrid playmaker Isco is reportedly on the radar of Chelsea with the two clubs holding a ‘secret meeting’, according to El Desmarque. 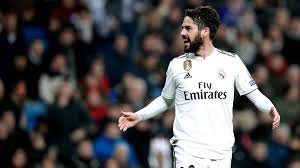 They state that the Blues want to sign the 27-year-old in the summer, with the club claimed to be already sorting out a house for him.

Isco has started just 10 times in all competitions this season, but it is believed that Zinedine Zidane does not want to sell him.

Read Also:Arrizabalaga’s place as Chelsea No1 under threat

The ex-Malaga ace is yet to score or provide an assist in the Spanish top-flight this campaign.