James Forrest has rocketed into the top bracket of earners at Celtic after signing a £5million-plus new deal, Football Insider understands.

The Scottish champions announced yesterday that the winger, 28, had put pen to paper on a new four-year contract that ties him to the club until 2023.

A Celtic source has told Football Insider that Forrest has been rewarded with a significant pay rise for his instrumental role in the club’s dominance of Scottish football. 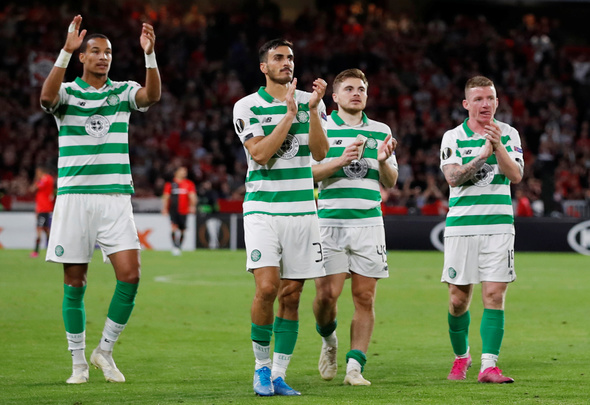 The new deal will run one year beyond the attacker’s last deal, which had been due to expire in the summer of 2022.

It means he will be paid more than £25,000-a-week, a sum that lifts him towards the top earners at Parkhead led by the likes of Scott Brown and Christopher Julien.

Forrest has been one of Celtic’s star performers during their remarkable run of three consecutive trebles, which has included eight league titles in a row.

He scored his 82nd goal for the club in last night’s 2-0 SPL win over St Mirren at Parkhead and has scored in each of the Hoops’ last three league matches.

He has maintained that level of match winning consistency in the new campaign with 10 goals and 11 assists from 22 matches in all competitions.

Ozil has to be Arsenal first-team regular, says Jamie Carragher

Liverpool to move for RB Leipzig’s Timo Werner in January