Facts have now emerged that the part-time pilot who flew Emiliano Sala from France to Wales before crashing into the Channel made ‘basic errors’ before take-off.

David Ibbotson was also not allowed to take paying passengers because he only had a private licence – not a commercial one and didn’t have the qualifications to fly in bad weather but took their plane into a winter storm, it also emerged Monday.

But ahead of that publication new documents from France have emerged about Mr Ibbotson’s qualifications and pre-flight preparations. 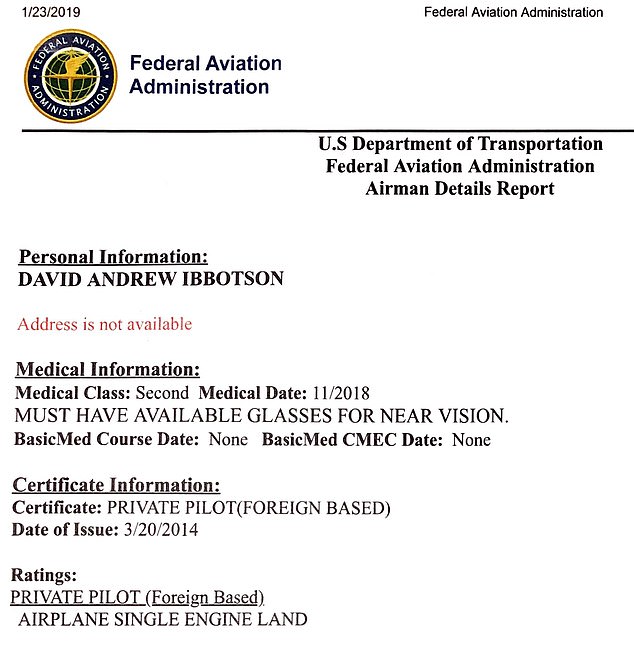 Images uploaded to social media by Argentine Fox Sports journalist Christian Martin appear to show that in his flight plan Mr Ibbotson, a boiler engineer by trade, made a number of ‘basic errors’ before taking off from Nantes airport in western France.

David Ibbotson, 60, has been named as the pilot at the controls of the privately-owned Piper Malibu aircraft carrying star footballer Sala as it emerged the investigation will involve checking the flight was legal

Mr Ibbotson, from Scunthorpe, gained his private pilot’s licence in the US but does not have a commercial licence for paid flights 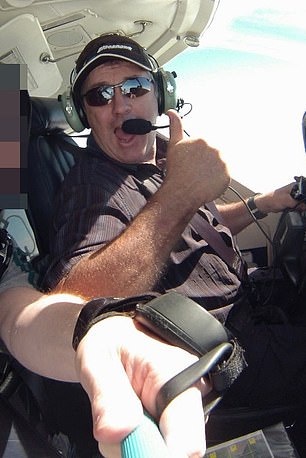 One image shows how Ibbotson apparently incorrectly filled in the plane’s licence number on the form, writing N246DB instead of N264DB.

This means his qualifications only allowed him to fly at night if conditions were clear without any bad weather.

But the plane flew into a storm over the Channel and it is feared the instruments froze before the aircraft crashed into the sea.

Mr Martin claims the paperwork shows Mr Ibbotson accepted ‘the disregard of flying with instruments, key to flying between clouds without visibility. That night there were many clouds and a cold snap over the English Channel’.

In order for pilots to fly VFR, they cannot fly through clouds and in some types of airspace they have to be able to see the ground. Cardiff it will be recalled signed Sala for a club record £15 million.

Balogun out of Leicester clash due to shoulder injury