Robben: Anfield is my “worst stadium” 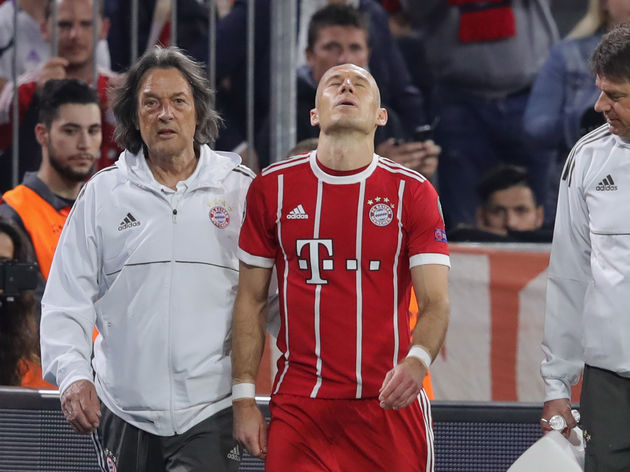 Bayern Munich winger Arjen Robben has described Anfield as his “worst stadium” as he prepares for a return to face Liverpool in the UEFA Champions League last 16 clash on Tuesday.Dutchman Robben has some unhappy memories at the home of Liverpool, having suffered elimination from the European competition twice with Chelsea in 2005 and 2007, and with Real Madrid in 2009.

“I think, if you ask (about) the worst stadium for me, it’s probably Liverpool,” the 35-year-old said.

“You always have your favourite opponent and there always has to be a negative one.”

Robben, who is battling to overcome a thigh injury ahead of the fixture, said he remembers Liverpool as a “Cup fighter team”.

But he also pointed out that during his time at Chelsea, Liverpool were never seen as one of the contenders for the English Premier League (EPL) title.

That has changed this season as Juergen Klopp’s side are level on points with league leaders and defending champions Manchester City with a game in hand.

“In one or two games they could really live up to it and perform; just not the whole season, which was maybe too much,” Robben added.

“Now I think it changed and they developed really well. The manager has done a great job.

“Last year they were in the UEFA Champions League final and at the moment they are top (of the Premier League). It’s a long, long time ago that they won the league and that’s the one they’re dreaming of.”(Reuters/NAN)

Guardiola apologises for keeping Mahrez out of Man City team