Rodgers warns Manchester City to be careful of Vardy

Brendan Rodgers has warned Manchester City’s defenders that they need to be careful when in-form Jamie Vardy steps onto the Etihad Stadium pitch on Monday night. 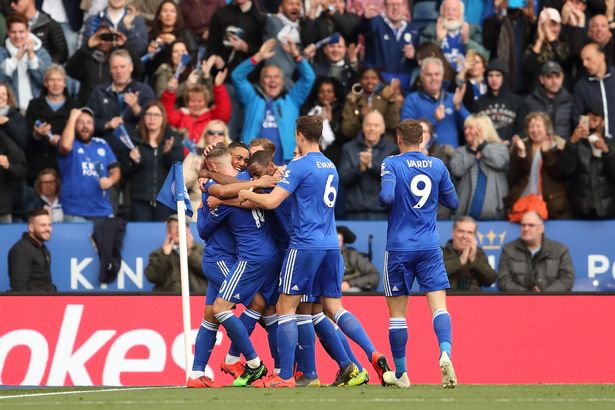 The Leicester City manager believes his talisman forward strikes fear into every Premier League opponent and his hot streak in front of goal suggests he could be the man to flip the title race, with Man City needing a victory to overtake Liverpool and return to the top ahead of the final weekend of the season.

After a brace against Arsenal last time out, Vardy has nine goals in eight games under Rodgers, while he has an astounding record against the top six, scoring 31 goals in 48 starts, a tally only bettered by Man City’s own Sergio Aguero (43 goals in 62 starts).

Plus, Vardy remains the only player to ever score a league top-flight hat-trick against a side managed by Pep Guardiola, netting three times in Leicester’s 4-2 win back in 2016.

“Well he does (strike fear into opponents) there’s no getting away from that,” Rodgers said.

“When I was preparing a team to play against him you just knew you’ve got to be really careful against him, because if you don’t counter-press the game well and there’s space to play that pass, he’s going to hurt you. And he’s a goalscorer.

“If you watch him and see his ability to score a goal, and his threat, you’ll always be mindful of it. But that’s the Premier League − top players, top strikers − and you’re always having to find a way to nullify that.

“But it’s absolutely brilliant to have him on your side!”

Vardy is often characterised as quick, sharp-shooting striker, but Rodgers believes the 32-year-old’s tactical nous is what makes him prolific.