Cristiano Ronaldo’s partner Georgina Rodriguez fuelled speculation that the pair have secretly tied the knot after she referred to him as her “husband”. 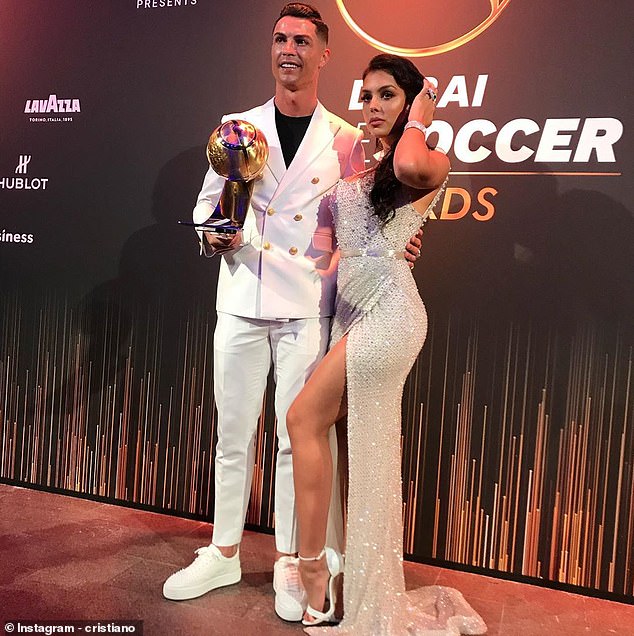 Rodriguez shared a snap alongside the Juventus star and their four children as she celebrated her 26th birthday.

The stunning Wag shared the snap of her family with her 15.8million followers

In October, Ronaldo was quick to dismiss claims that the pair had jetted to North Africa for a secret wedding ceremony.

And the 34-year-old denied rumours that he was set to marry the Spanish stunner after they were spotted at the Church of Gran Madre di Dio in Turin.

But Rodriguez appeared to give the game away as she described him as her ‘Marido’ – which is most commonly used to describe a common law husband in Spain.

In the snap, Rodriguez and the former Manchester United star sat around a table with their four children.

The caption reads: “Happy 26 for me, very happy. I can’t ask more from life.

“Just a lot of health for my family and me and to always enjoy them.

“Thank you for all your congratulations, flowers and therefore love.

“And thank you to my husband for giving me the best of life, our children. I love you.”

Ronaldo – who has scored 19 goals for Italian side Juventus this season – also shared the snap with his 199 million Instagram followers on Monday.

He wrote: “Congratulations my love! I wish you a very nice day! You are a great woman and an excellent mother for our children. I love you so much honey!”

In the past, Ronaldo has spoken about his plans to marry Rodriguez.

Speaking to Piers Morgan, the five-time Ballon d’Or winner said: “She helped me so much. Of course, I’m in love with her.

The Portugal international has one daughter, Alana Martina, with the former shop assistant.

They also raise Ronaldo’s three other children together.

Emirates Stadium to host Joshua vs Pulev fight in May