Rohr: I will resolve my Eagles future in the next few weeks 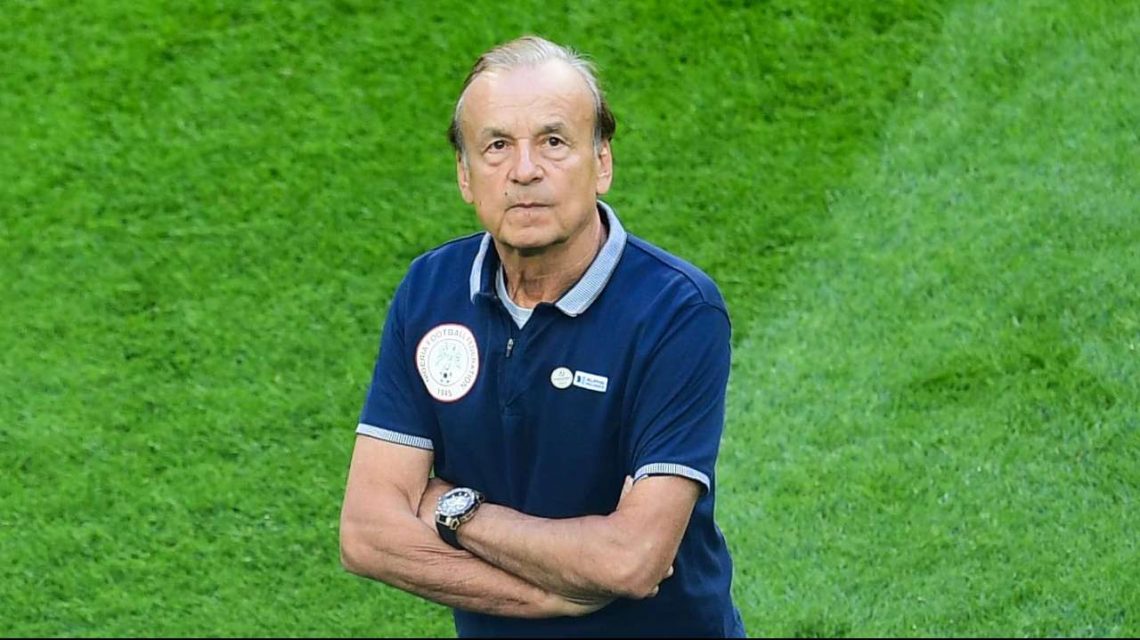 Super Eagles gaffer, Gernot Rohr has revealed exclusively that so many issues in the next few weeks will determine if he stays on or out of the Nigerian national team as head coach.
Rohr disclosed that the criticism over his future and his demeanour at the dugout has gotten to the rooftop and that he needs to reassess the situation very well if he will continue to function as the Eagles
tactician.
The Franco-German led the Eagles to the podium finish at the ongoing Africa Cup of Nations in Egypt after they beat Tunisia 1-0 in the third-place game played at the Al Salam Stadium, Cairo.
But the coach told SportingLife.ng exclusively that the terms of his contract which stipulated that both parties can decide to walk away at any time in the contract and his social media trial have made it imperative for him to seriously review his working relationship with Nigeria.
“I said that I would give my answer after the tournament but the tournament has not ended yet,” Rohr told SportingLife.ng at the team’s Le Meridien Hotel base in Cairo.
“It still remains the final game to be played. I will need a little rest and think about it deeply with my staff, family and friends.
“In our contract, it is very correct and fair play contract. It states that the NFF can stop it if they want and I can also end it if I want.
Perhaps I will, I don’t know yet. I will think about it and in a few weeks, I will give an answer.
“I heard in some social media that they said I am too relaxed and that I am always smiling when I am on the bench.
They are wondering why a coach is so relaxed under pressure. I don’t know. “You know I have experience and I have witnessed a lot of situations. I think it is not good for the players to have a coach that is under pressure who shows his stress while speaking to the players. The players will be stressed
also.
“We are a relaxed team and also fighters. We never give up. We can concede two goals in a few minutes to halftime and we can say we have the courage to muster a comeback. I think I have the right philosophy and if you stay humble it makes our young players not to become proud.
“Everything is going so quickly. Right now John Obi Mikel is going to the end of his career with the Super Eagles. He had a very good attitude and he accepted to be on the bench and to be replaced even when he starts a game. It is a good example for our young players to stay humble all the time because football career does not take long.
They must not forget how they started as players.” The Eagles boss was appointed as the head coach of the team in 2016 and he has overseen Nigeria to the 2018 World Cup and the 2019 AFCON after the team missed the last two editions in 2015 and 2017 respectively.
read also: AFCON: Rohr satisfied with  Super Eagles’ third place finish
AFCON 2019Latest sport newssportinglife.ngSuper Eagles

Rohr: It will be difficult to get Mikel, Ighalo’s replacement