Rohr: It was a great match

Super Eagles Coach, Gernot Rohr has hailed the mental strength of his team and described the game against South Africa as ‘a great match’ after Nigeria defeated Bafana Bafana 2-1 in the quarter-final of the Africa Cup of Nations (AFCON). 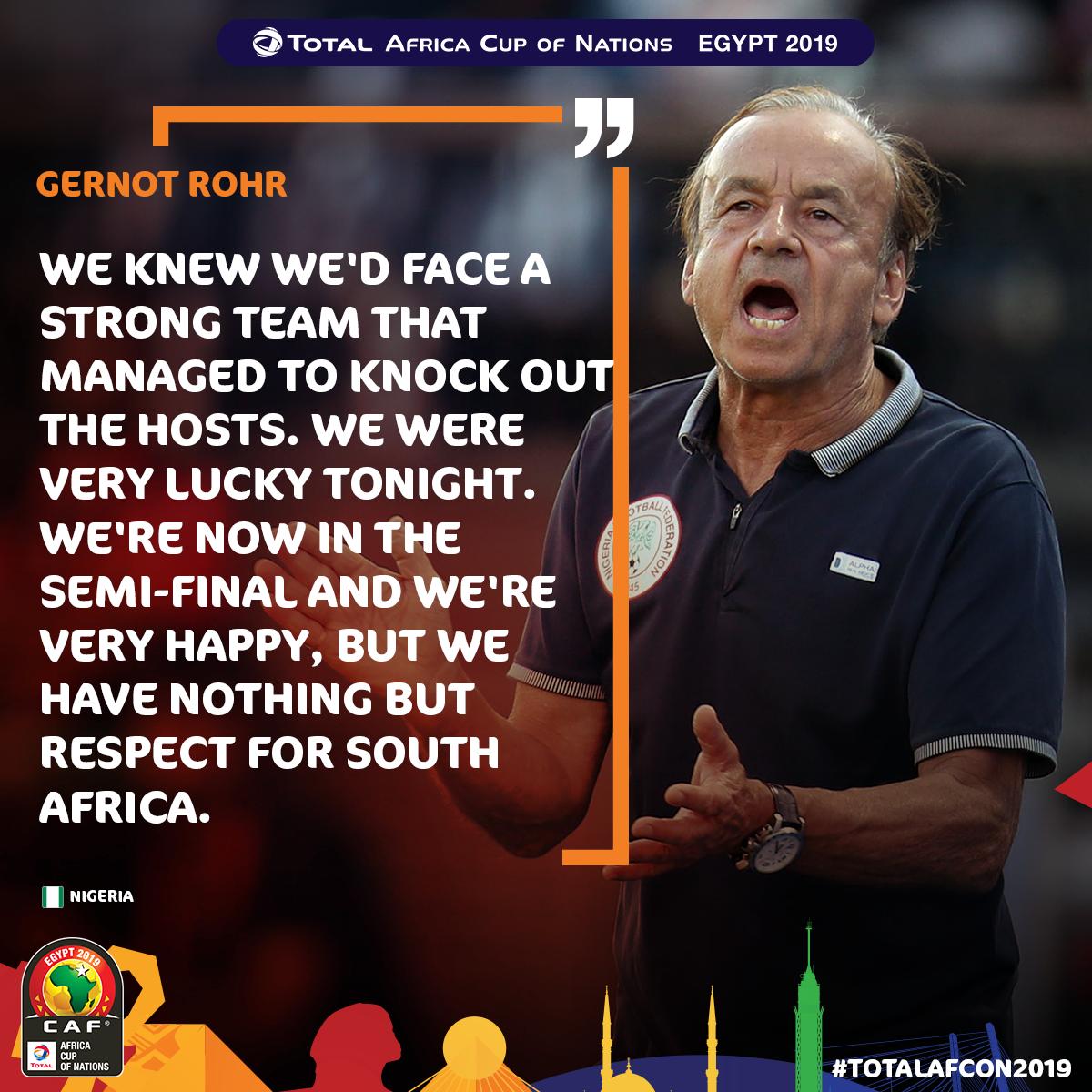 “It was a great match. South Africa is a very good team, they had a very good game against Egypt but it’s too difficult to do this two times in a row. We were lucky to score in the last minute, but yet we were mentally strong to do this.

“I salute South Africa for having a great team. What was the best today is the great spirit between both teams. Our next game is going to be more difficult, but we will be ready.”

Meanwhile, Coach of South Africa, Stuart Baxter has expressed disappointment with the lost but tipped the Super Eagles to go all the way.

“It’s always sad when you lose a game in the last minute. In the first half we were not brave enough but in the second we were much better. We still couldn’t find that last touch.

“Nigeria is very dangerous and have some very good players. We tried to win but we lost in the dying minutes. Congratulations to Nigeria coach and team and I’m sure they are going to do great job.”

Read Also:Man of The Match Award: I feel special  winning–Chukwueze

Nigeria will play the winner between Algeria and Ivory Coast in the semi-final.