Rohr must pack the midfield against Croatia–Bonfere 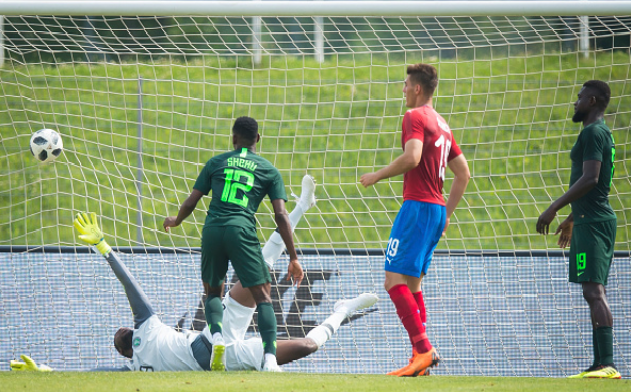 A one-time Nigeria coach Bonfere Jo believes the only the way Nigeria would be able to defeat Croatia in their opening game of the 2018 FIFA World Cup in Russia is by fielding the midfield with at least five players.

” Croatia have very good midfielders. There is Luka Modric and Rakitic. These are World class players playing in the best clubs in Europe. That is why l expect the coach  to play with five midfielders. It is our first game of the tournament and the most important,” he revealed.

Interestingly, Bonfere who assisted Clemence Westerhof when Nigeria won the 1994 Africa Cup of Nations in Tunisia revealed that the team’s last group match against Argentina will be the easiest. He envisaged a win against Iceland who will be making their first appearance at the tournament.

“Iceland is a different team but I believe Nigeria can beat them. It could be an easy game for Argentina that is why Nigeria need to have two good results against Croatia and Iceland,” Bonfrere who in 1996 led Nigeria’s U-23 national side to win the football event of that year’s Olympics in Atalanta, USA, added.

The Dutch also played down the fears from the friendly matches England and Czech which the Eagles lost.

”There is nothing wrong when you lose your friendly matches because they help the team to correct their mistakes,” said Bonfere

The Eagles will hit Russia from Austria, on Monday five days to their opening match.