Super Eagles head coach Gernot Rohr has extennded a late invitation to Akwa United forward Ndifreke Effiong for Ola Aina who has pulled out for this week’s 2019 Africa Cup of Nations qualifying fixture against Seychelles and the international friendly against Egypt due to injury. 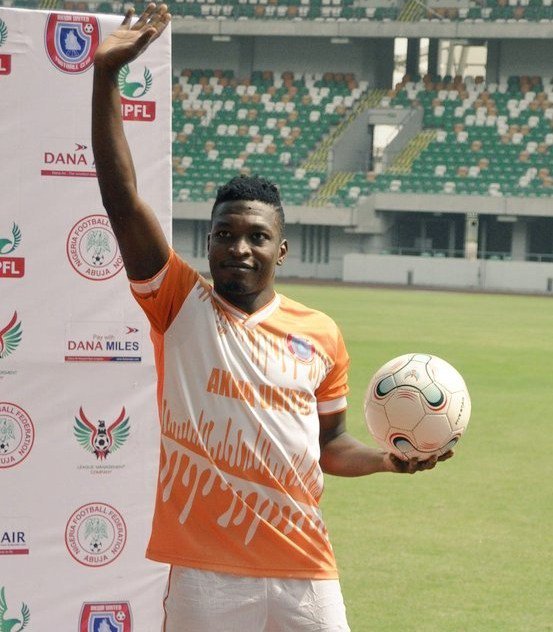 Aina who was in action for Torino in a Seria A match on Sunday against Bologna withdraw on Sunday.

Effiong scored for Akwa United as they defeated Heartland 2-1 away in Okigwe in theNigeria Professional Football League matchday-11 encounter on Sunday.

It was his fifth goal of the campaign.

The former Abia Warriors star was part of the U-23 Eagles team that won bronze medal at the Rio 2016 Olympic He becomes the fourth home based player after goalkeeper Ikechukwu Ezenwa, Valentine Ozornwafor and Ikouwen Udoh to be included in the squad

All the inviated players  are expected in Abuja from today to begin preparations for both matches.

Nigeria will face Seychelles in the dead rubber clash on March 22 at the Stephen Keshi Stadium, Asaba, before facing Egypt three days later at the venue.