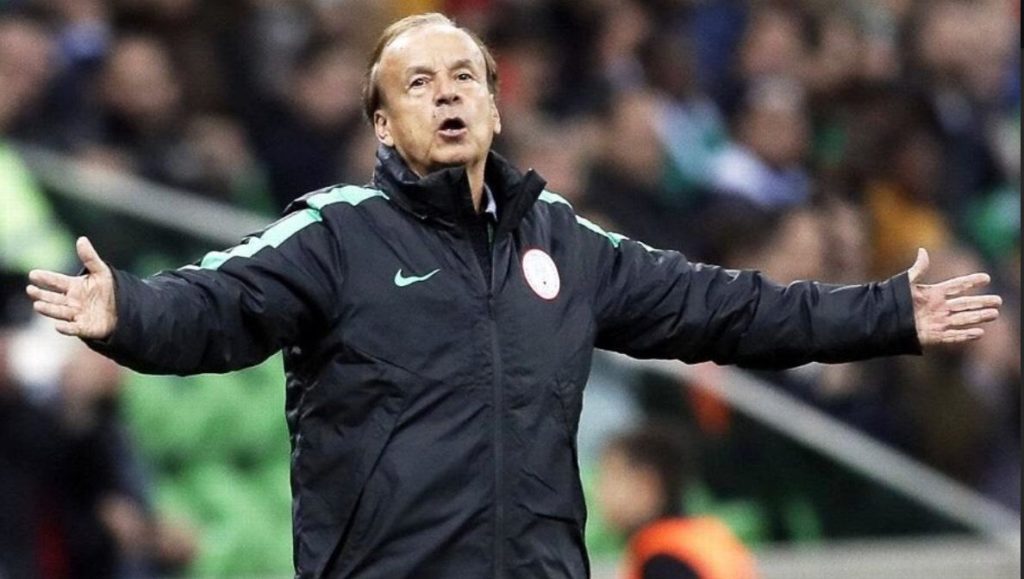 Sportinglife.ng reports that the Franco-German, who recently signed a new two-year contract extension with the NFF after his satisfactory performances, has been mandated to monitor players in the NPFL.

Speaking in a live Instagram session with Colin Udoh, the 66-year-old however called for extra security as he does not want to have a sour experience once again.

Rohr was at the receiving end of the wrath of pickpockets at the end of the Aiteo Cup Final between Enugu Rangers and Kano Pillars at the Stephen Keshi Stadium in Asaba, Delta State two years ago. Valuables like smartphone and wallet containing credit cards and immigration documents were among the items stolen from former Gabon, Niger, and Burkina Faso coach.

Asked if he will request for extra security from the NFF since he will be going around league centers to monitor players, Rohr said: “I hope so. I have lost my phones several times when I went to watch league matches. But now I hope to have the best security. Nigeria’s reputation when it comes to security is becoming better and better now.

“Even on the Coronavirus pandemic, there are fewer cases recorded in Nigeria or Africa as a whole as compared to Europe or America. There has always been fear for Africa when it comes to the pandemic. But I am happy with the way it has been handled so far.

“I see that they resist the virus very well and the security has improved. The government has put a lot of effort into making it better. I hope we will not witness what we have witnessed in the past again. What we need now is good discipline during this moment. You don’t hang out with other people all the time. You should comply with the government directives during the lockdown,” Rohr said.