Barcelona legend Ronaldinho is set to be released from house arrest in Paraguay after four months, according to a report in ESPN.

The former Brazil international and his brother Roberto de Assis, who is also his business manager, were jailed on 5 March for using fake passports, as reported by Marca.

33 days later, it was confirmed that, following the $1.6m bail money being deposited, the pair left the jail and are now both under house arrest in a hotel in Asuncion – the capital of Paraguay.

The fresh report claims that 90 percent of the case has now been completed with the prosecution failing to build on their initial allegations, which would allow the brothers to both leave house arrest while the issue is officially concluded.

As reported by Marca via Reuters last month, the Paraguayan law authorities are investigating the brothers for possible money laundering after being found to have used fake Paraguayan passports. 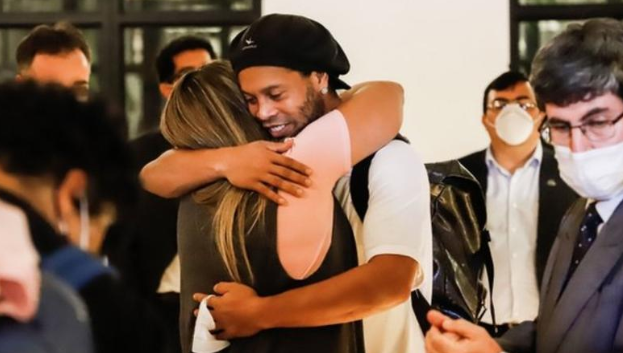 As reported by Marca, the former football superstar was arrested earlier in March in the country when he and his brother attempted to enter using falsified Paraguayan passports.

The fake passport showed the former star’s correct name, birthplace, and birthdate, but it falsely prints that he is a naturalised citizen of Paraguay. 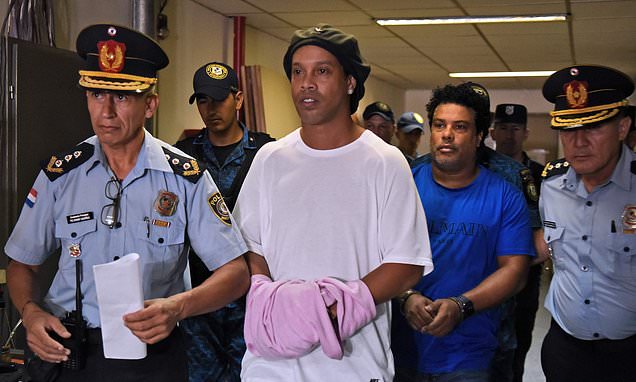 His trip to the South American nation was allegedly to promote the charity “La Fundación Angelical,” which provides medical assistance to low-income children, while he was was also going to present his book Genio de la vida (Genius of life).

Last summer, as Diario AS outlined, the former forward had 57 properties seized and owes more than €2m to the Brazilian state over unpaid taxes and fines, while his Brazilian and Spanish passports were confiscated.