Cristiano Ronaldo donated a number of autographed Juventus shirts to doctors and nurses who worked in Turin during the coronavirus pandemic.

The Juventus star made the donation to a group of Cuban medical staff who worked in the city during the height of the outbreak.

The delivery of signed shirts was made to Julio Guerra, head of the Cuban delegation, through contact with Ilham, one of the volunteer organizations that accompanied the Cuban brigade in Turin. 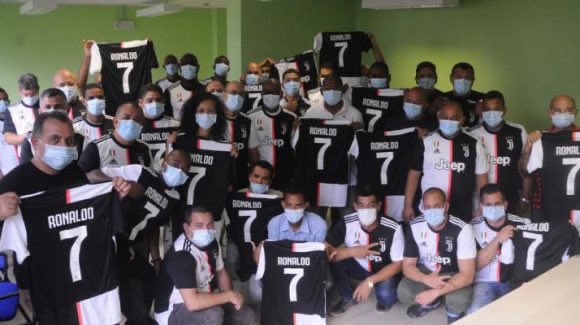 An approval was made from the Juve management and while Ronaldo wasn’t able to deliver the shirts personally,

Corriere Torino report that he wanted to pass on his gratitude in recognition of what the doctors and nurses had done for the city.