“Ronaldo is a cannibal” 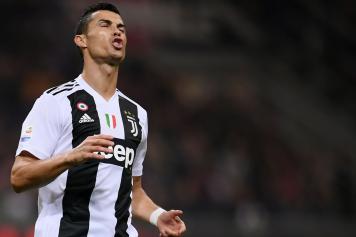 Il Corriere dello Sport, this morning, dedicates some space in the inside pages to the desire of Ballon d’Or by Cristiano Ronaldo: “CR7 is a cannibal, wants his gold back”, headlines the newspaper. Record numbers are not enough? He wants to win the 4 trophies in one season. To take back the Ballon d’Or, he must win everything with Juve: 41 games until June 1. As Filippo Bonsignore explains in the newspaper, Ronaldo is preparing to respond in his own way to the umpteenth affront suffered, after being ignored at the “Uefa Player of the year” awards in August in Monte Carlo and at Best Fifa in September. And the answer is very simple: transfer the inner fury on the field, for a specific goal. Win everything. The mission of CR7 is clear, win all the possible titles with the shirt of Juventus to regain the trophy that has escaped him, to return to the throne.
Christiano Ronaldo