Ronaldo reveals his next career after quitting active football

Cristiano Ronaldo is already one of the biggest stars in football, but has now set his sights on the film industry when he retires.

The Portugal captain has admitted he would like to try his hand at acting when he eventually hangs up his boots, and the former Manchester United star could follow in the footsteps of ex-Red Devils player Eric Cantona, who went on to enjoy a film career after his retirement.

The superstar is no stranger to the limelight and has balanced his football career alongside advertisements and commercial responsibilities, as well as featuring as a model in a number of photoshoots.

And it appears the 34-year-old is not finished there and says he would be interested in a Hollywood turn when the time is right.

Speaking at the Dubai Sports Conference, he said: ‘When I quit football I would like to resume my studies. I focus a lot on studying, on learning, because unfortunately the studies I have done can’t give answer all the questions I have in mind.

'One thing that fascinates me is to want to try acting in a film': Juventus star Cristiano Ronaldo reveals he would like to turn his hand to drama when he finally hangs up his boots #CristianoRonaldo #Juventus #SerieA #football pic.twitter.com/Yl17PZ1K6g

‘One thing that fascinates me is to want to try acting in a film.’

Ronaldo insisted he has no plans to retire just yet, and promised to listen to his body to decide when the right time is to call it a day.

‘I have never had a bad season in my life, since I am always ready to face challenges,’ he said in Dubai.

‘I always play with the intention of winning. The moment my body no longer responds in the right way on the pitch, then it will be time for me to stop. 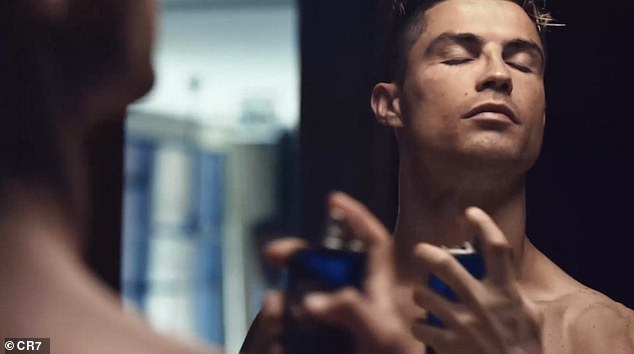 Ronaldo has been nominated for Best Men’s Player at the Dubai Globe Soccer Awards, which he won in January, and will go up against Lionel Messi and Liverpool duo Virgil van Dijk and Mohamed Salah.

Also at the event were former United forward Romelu Lukaku and Atletico Madrid starlet Joao Felix, who were commended for their involvement as guest speakers.