Cristiano Ronaldo has shared a cute family picture with Georgina Rodriguez and their kids to wish fans a Happy Easter amid the coronavirus crisis.

We wish a Happy Easter to everyone 🌍❤️🙏 #stayhome

The Juventus ace has been back in his native Madeira for a month now and urged fans to “stay home” on Easter Sunday – despite recently being pictured flouting lockdown rules in a secret training session.

Juve have given some of their stars permission to leave Italy as they self-isolate in the global battle against coronavirus, after Serie A was KO’d on March 9.

Ronaldo, 35, missus Georgina Rodriguez, the four kids, mum Dolores, and brother Hugo are in quarantine together at the £3,500-a-week six-bed mansion he moved into recently near the fishing village of Canical.

They left a seven-storey apartment in the Madeiran capital Funchal, which Ronaldo splashed out on last year, for the villa which has a stunning garden overlooking the Atlantic Ocean.

The Portugal captain has been keeping fans regularly updated on his crazy fitness schedule, involving ab crunch challenges and hill sprints with Georgina, amid the lockdown.

But the five-time Ballon d’Or king took a break from the home workouts to sit down for a family meal on Easter Sunday.

The 35-year-old posted a cute snap on Instagram and wrote: “We wish a Happy Easter to everyone #stayhome.”

The former Manchester United star can be seen shooting at a goalkeeper, with a number of other figures in the vicinity.

Local head of health Pedro Ramos warned the 35-year-old: “Ronaldo has no special permission to train.

“Cristiano Ronaldo has the right to train as long as he respects the rules like all citizens: there is no privilege.” 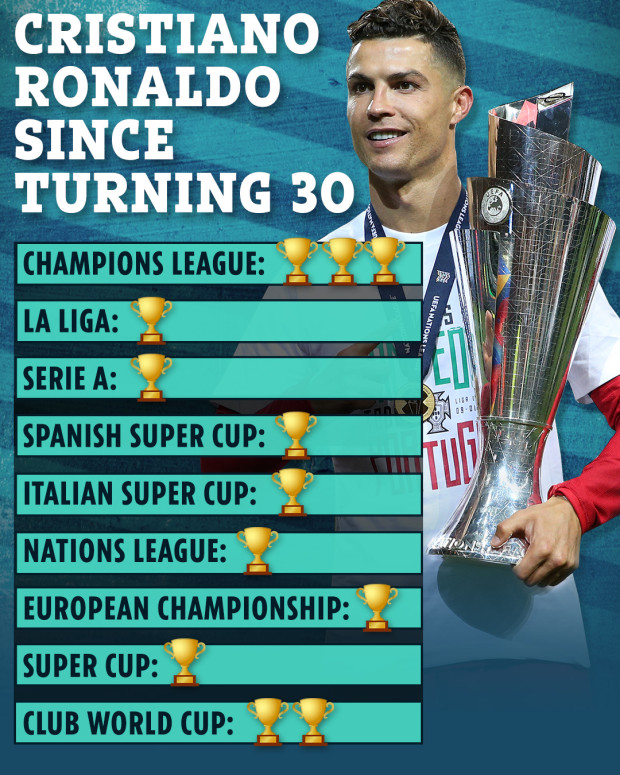 The Juve striker is set to stay on his native island for the foreseeable future after Italian PM Giuseppe Conte extended a nationwide lockdown until May 3.

The Serie A outfit were forced to scrap plans for a return to training after players finished a 14-day home quarantine following a recall on Monday.

Ronaldo has been in Madeira since March 9 with his family since returning to the island after his mum suffered a stroke.