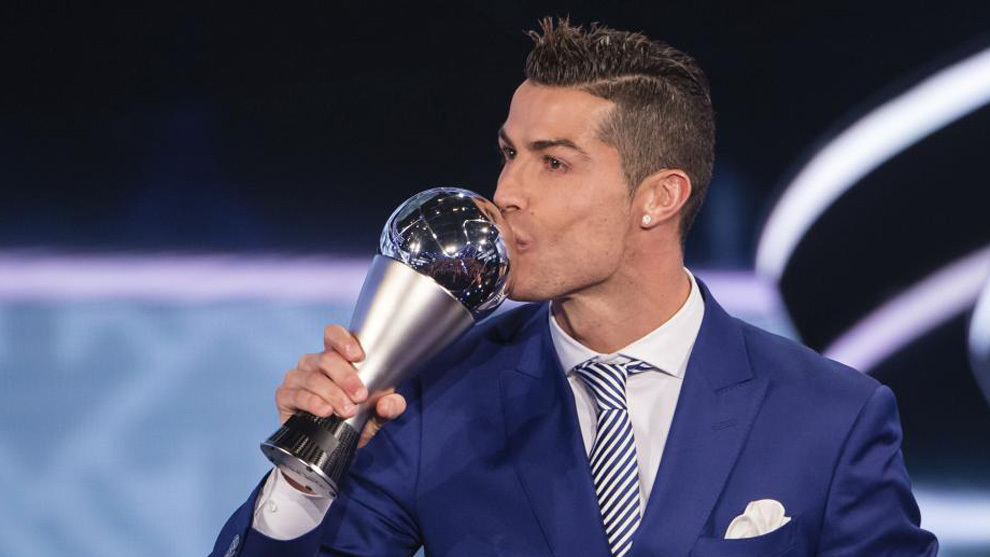 Juventus and Portugal Forward Cristiano Ronaldo has turned down the invitation for The Best FIFA Football Awards 2018 Gala.

The event hosted by FIFA, which will be held on Monday (Today) in London, celebrates the achievements of individual footballing talents over the course of a year.

The Best FIFA Player award was demerged from the French Ballon d’Or a couple of years back, and now both the awards are independently awarded to nominees from the whole world.

The Portuguese Footballing icon has won the award for two consecutive times in 2016 and 2017 last year before Lionel Messi won it back in 2015. Messi was not in the 3-man shortlist for the award this year, in 2018, but Ronaldo maintains his place in the top 3, joined by Egyptian Mohamed Salah and Croatian Luka Modric.

The new Juventus recruit, Ronaldo, also missed the UEFA Best Player awards which were held last month in August, where he was toppled by his ex-Real Madrid team-mate Luka Modric for the Best European Footballer of the Year 2018. The Croatian won the coveted award backed by a strong performance in the World Cup this year when he led Croatia to the final of the tournament.

There were many speculations about the results of the UEFA event being leaked to Ronaldo and his PR team, which resulted in him choosing not to attend the event. The rumours were brandished false by Ronaldo, as he went on to personally congratulate Modric for the award.

This time around, the Portuguese might just have a valid reason to miss the event this year. Juventus had their weekend Serie A game late on Sunday night and also play again on Wednesday in the same competition, which leaves them with just 2 days gap for rest and training. This also means none of the Juventus players would be traveling to the English capital to attend the gala.

Cristiano was on the scoresheet when Juventus won 0-2 away from home against Italian club, Frosinone in the Serie A. Juventus sit top of the league with a 100% record of 15 points from 5 games.

It is expected that Croatian Luka Modric will be awarded The Best FIFA Men’s Player of the Year award on Monday, thanks to Real Madrid’s Champions League victory last season and also Modric’s incredible World Cup campaign with Croatia.

It will be the first team since 2007 that there will be a different winner of the award other than Lionel Messi and Cristiano Ronaldo, who have 10 Best Player awards shared equally between them in the last 10 years. Brazilian Ricardo Kaka last won it before the iconic duo’s domination started, back in 2007.