Cristiano Ronaldo was the focal point of Atletico Madrid fans on Wednesday night as Juventus lost 2-0 in the Champions League last 16.

But the former Real Madrid forward quickly pointed out his stellar record in the competition.

Ronaldo was constantly jeered throughout the clash at the Wanda Metropolitano Stadium in Spain.

He then responded to the taunts by holding up five fingers to indicate the number of times he has won the Champions League. 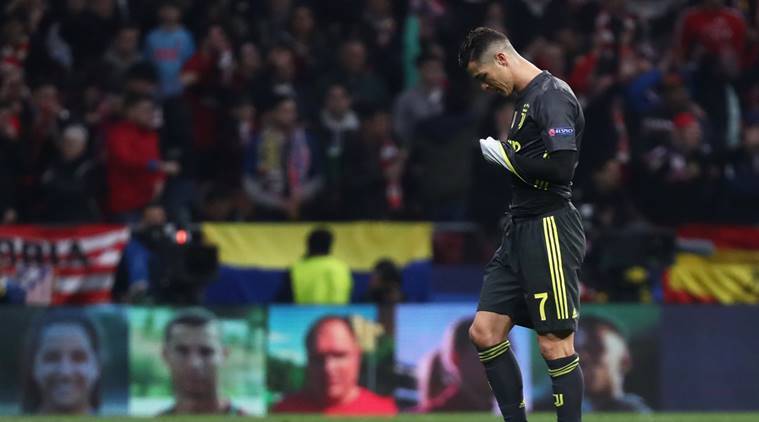 The 34-year-old won the competition four times with Atleti’s arch-rivals Real Madrid and once with Manchester United.

“I won five Champions Leagues and these guys zero,” Ronaldo said after the game, holding up his hand in the shape of a ‘zero’ to drive home his point.

Juventus, though, will have to overturn a two-goal deficit in the return leg in Turin next month in order to keep their Champions League hopes alive.

Uruguay pair Jose Gimenez and Diego Godin struck in the space of five minutes late in the game in the Spanish capital to edge Atletico closer to a place in the quarter-finals.

Juve boss Massimiliano Allegri admitted his side were caught out by their opponents.

“We played a bad second half, making the mistake of going after them,” he said.

“We got the approach wrong in the second half – it’s that simple.