By Agency Reporter Last updated Apr 21, 2020 0
A video that shows Cristiano Ronaldo celebrating the birthday of his niece Alicia, alongside other family members, has sparked controversy during the coronavirus crisis. 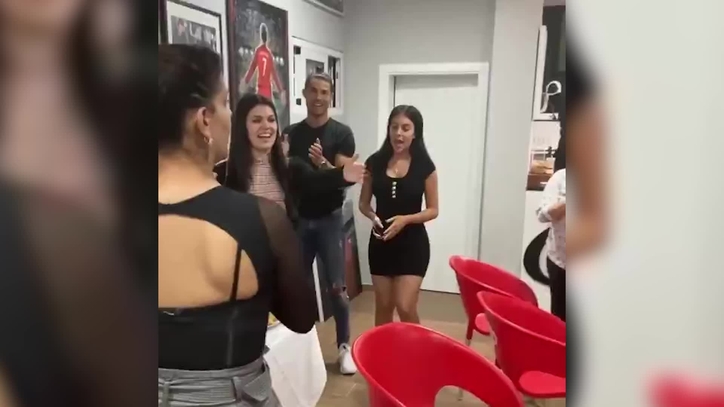 The Juventus forward is currently in Portugal, where there is a state of emergency and where citizens are obliged to stay at home and maintain social distancing.

However, the clip shows at least 18 people – including Ronaldo’s mother, Dolores Aveiro, who suffered a stroke on March 3 – gathered in a house.

The video was shared on social media and received criticism.

“When the family is in quarantine, you can celebrate your birthday well,” wrote the niece as she explained the situation.

Read Also: Rooney decides Messi vs Ronaldo debate over who is better

Ronaldo arrived in Portugal, along with his partner Georgina Rodriguez and his children, on March 9, after Serie A was suspended.

It remains unclear when he will return to Turin.

Aina’s Torino among seven clubs against Serie A return

Newcastle owner can walk away from negotiating table with £17m