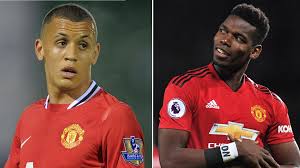 And former United captain Rooney recalled in the Sunday Times: “I remember watching Ravel Morrison thinking he had everything required for a player in his position.

“He nutmegged Nemanja Vidic three times in the space of a minute in one training game.

“But he struggled with lifestyle and his environment which was sad for him — because I saw Paul Pogba come through, Jesse Lingard, all these players and Ravel was better than any of them by a country mile.

“He’s proof that you can’t escape the fact there are guidelines every player has to obey in professional football.

“Then you think how far you can go by being ultra-professional. Gary Neville, for instance. Gary’s not a great football player but he worked in every minute of every training session and made the most of everything he had.

Ancelotti: Milan not afraid of foreigners