RUSSIA 2018 FALLOUT: NFF orders Rohr to get club for Uzoho

Nigeria’s senior soccer team, Super Eagles manager Gernot Rohr has been tasked to get goalkeeper Francis Uzoho a new European club where he would be playing regularly when the season opens in August. 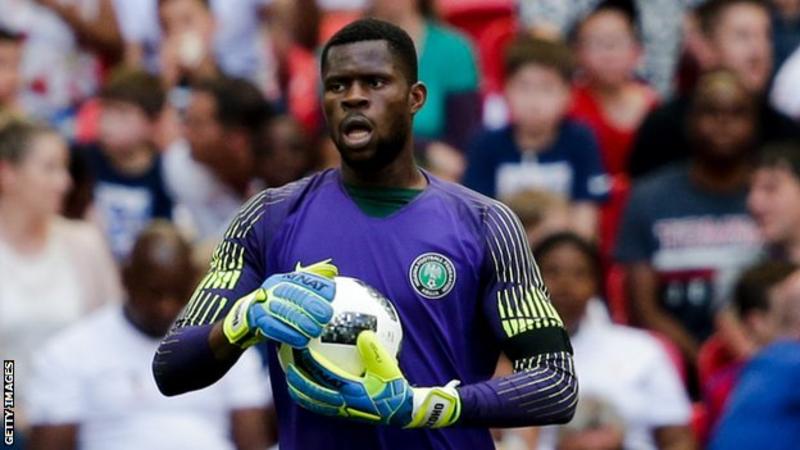 Rohr got the marching order from his employers, Nigeria Football Federation as one of the options both parties are toying with to ensure that Uzoho isn’t match rusty during the country’s 2019 Africa Cup of Nations qualification matches beginning with the away game against Seychelles in September.

Besides, NFF chieftains directed Rohr to monitor Henry Onyekuru, Kelechi Nwakali and his elder brother Chiedu, Victor Osimen and a host of younger Nigerian strikers plying their trade in Europe, in a bid to strengthen Eagles’ attack which was rudderless during Nigeria’s campaign at the ongoing Russia 2018 World Cup matches which enters the quarter-finals stage today.

The search for new strikers for the Eagles could automatically result in Odion Ighalo losing his shirt in the team, if these younger lads excel during the team’s build-up games before the away tie against Seychelles in September.

Interestingly, Rohr is also shopping for new players to fill the weak areas of the team which he observed during the country’s Russia 2018 World Cup matches.

Words was rife that there could be radical changes in the team ahead of the 2019 Africa Cup of Nations’ qualification games in September, October and November this year.