Former Dream Team VI striker Sadiq Umar has been named in the UEFA Europa Team of the Week following his performance for Partizan Belgrade in last Thursday’s Europa League clash against Astana. 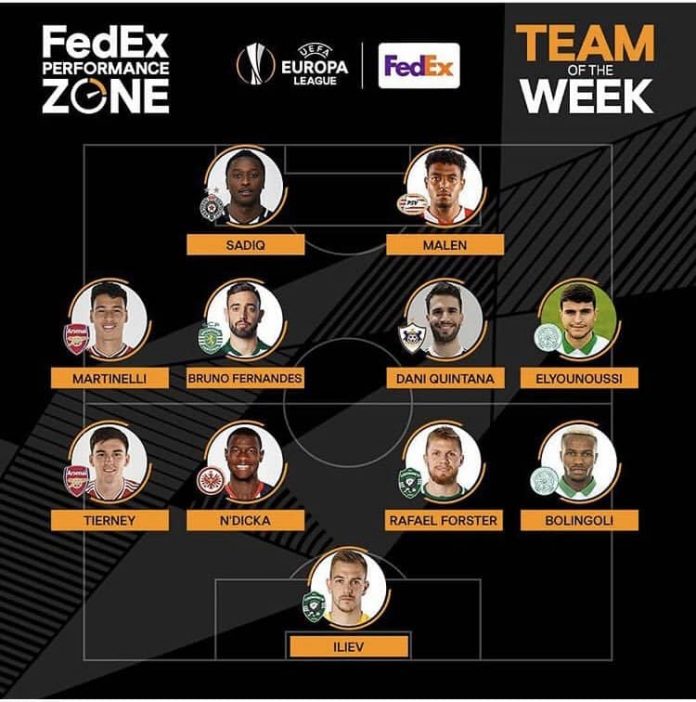 He was named alongside Arsenal’s duo of Kieran Tierney and Martinell after the two players put up a superlative performance in their match.

The forward joined Belgrade in the summer from Glasgow Rangers.

Umar last represented Nigeria at the 2016 Olympics in Brazil where Nigeria clinched bronze.