Salah arrives in Russia with Egypt

Mohamed Salah who is recovering from a shoulder injury arrived in Russia on Sunday with the Pharaohs of Egypt ahead of their opening World Cup match against Uruguay on Friday. 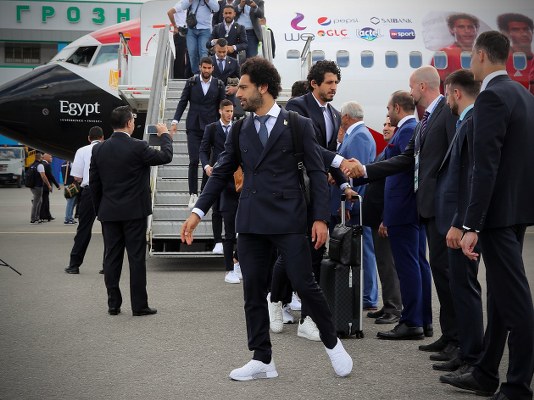 Salah is very crucial to Egypt making an impression in Russia since their last outing in 1990 where they failed to go beyond the group stage.

For the seven-time Africa champions, it will be their third World Cup appearance.

“The team is ready for the competition and morale is high,” national team manager Ihab Leheta told journaists at the Grozny International Airport.

The Liverpool forward got injured during last month’s UEFA Champions League final against Real Madrid when Sergio Ramos wrestled him to the ground.