Salah hits back at critics after crucial win over Spurs

Mohamed Salah has hit back at critics who claim he is not enjoying a good season with Liverpool after their crucial 2-1 win over Tottenham Hotspur on Sunday. 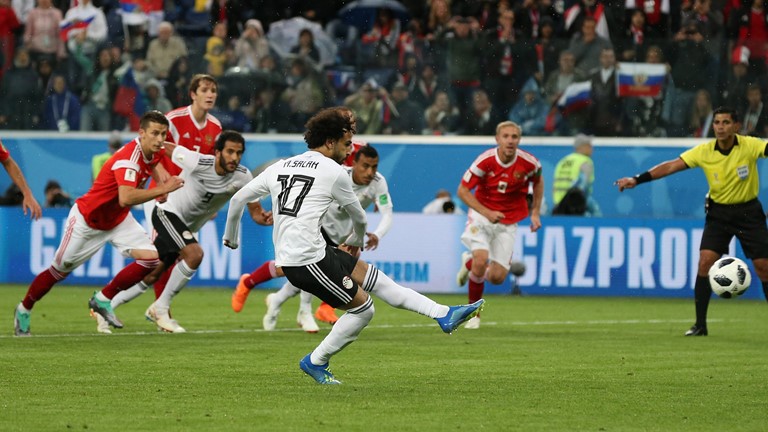 Salah has scored just once in his last nine Premier League outings but forced Toby Alderweireld’s decisive 90th-minute own goal to give Liverpool victory.

The Egyptian’s goal-bound header was palmed onto Alderweireld by Tottenham goalkeeper Hugo Lloris before the ball trickled over the goal-line.

Salah scored 44 goals in 52 appearances last season, his debut year at Anfield, and has 20 in 41 games this term by comparison.

However, the 26-year-old told Sky Sports that he is being judged by higher standards than others players, such as Manchester City’s Sergio Aguero.

“I didn’t score for a couple of games but there are some players who has the same number of goals as me but people are saying those players are having the best season of their life.

“There are three or four players and no-one talks about them – they say they have a good season and I’m the only one that has had a bad season.”

“Yes, Aguero – two goals more than me and they are saying it’s the best season he’s ever had. But it is just about getting the win.”

Aguero has 29 goals in 38 games across all competition this season for City, with 19 to Salah’s 17 in the league alone.

Salah admitted that Liverpool were not at their best against Tottenham but claimed that only made the three points sweeter.

Balogun determined to fight for starting shirt at Brighton