Super Eagles sensation, Samuel Chukwueze is expected to join his Villarreal teammates at their pre-season training camp in Miralcamp, Spain by Monday, according to reports. 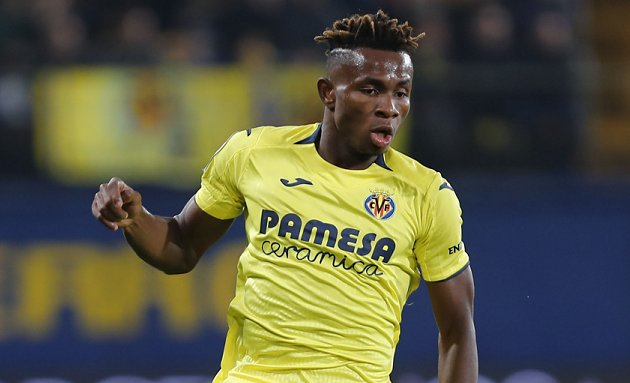 The 20 year-old was given a 12-day break by Villarreal after a stellar performance at the just concluded African Nations Cup (AFCON) in Egypt where he and his teammates won the bronze medal for Nigeria.

Chukwueze was the youngest goal scorer at 20 years and 49 days at AFCON when he scored his first international goal against South Africa in the quarterfinals.
He is currently holidaying at his hometown in Umuahia, Abia State and was recently seen training with his boyhood club, Diamond Football Academy.

Read Also: Osimhen To Undergo Lille Medical This Week Ahead Of €12m Move

Chukwueze has a contract with Villarreal until 2023 and clubs like Liverpool and Manchester City, who are interested in his signature, have to trigger a N24 billion (60m Euros) release clause to get the pacy winger.