Chile International Alexis Sanchez has slammed a newspaper report claiming he bet £20,000 with team-mate Marcos Rojo on whether Jose Mourinho would be sacked by Manchester United.

The Sun reported on Friday that Sanchez took to a Whatsapp group containing united players following Mouinho’s sacking, saying “Patience is all it takes”, and telling Rojo he now owed him £20,000.

However, Sanchez has denied the report, writing on Twitter alongside a picture of The Sun’s story: “This is FALSE!!!

“José gave me the chance to play for the best team in the world and I only have gratitude for him. We are a truly United team. We are MANCHESTER UNITED. [email protected]_Sanchez

This is FALSE!!!. José gave me the chance to play for the best team in the world and I only have gratitude for him. We are a truly United team. We are MANCHESTER UNITED. Respect. I can’t wait to help the team !. Good luck tomorrow family! 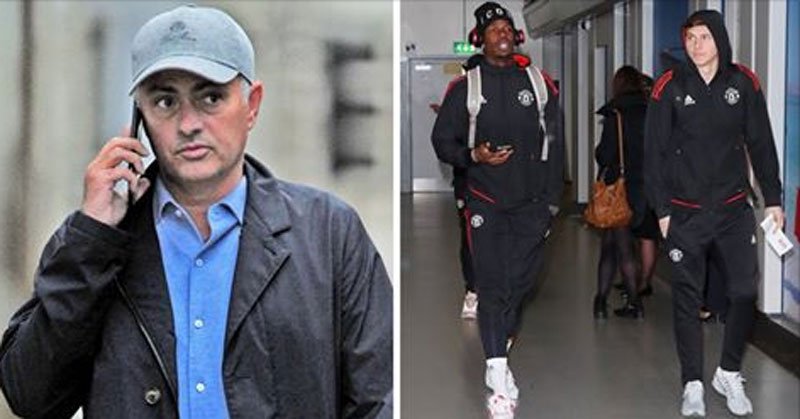 Sanchez was signed from Arsenal in January but has struggled to find his best form for United. Mourinho was even forced to deny reports last month that Sanchez was seeking an exit from Old Trafford.

Mourinho was dismissed by United on Tuesday, just two days after a 3-1 defeat at Liverpool which left them sixth in the Premier League and trailing their opponents by 19 points.

Former United striker Ole Gunnar Solskjaer was appointed as Mourinho’s temporary replacement on Wednesday, and will lead the club until the end of the season before returning to Norwegian side Molde.

Solskjaer takes United to Cardiff on Saturday for his first game, where he will face the side he was relegated with when in charge in 2014.

The former United striker confirmed on Friday he had not yet spoken to Sanchez since taking the job as the Chilean is still recovering from injury. United will face PSG in the next stage of Champions league following a recent draw which pitch both teams against each other.

Weightlifting record-breaker Toua back on platform – 21yrs after Olympic debut

Alibaba gives out “cloud pins” to media working at Tokyo 2020