Chile forward Alexis Sanchez continued his resurgent form at the Copa America in Brazil by scoring the winning goal in his side’s 2-1 victory over Ecuador on Friday. 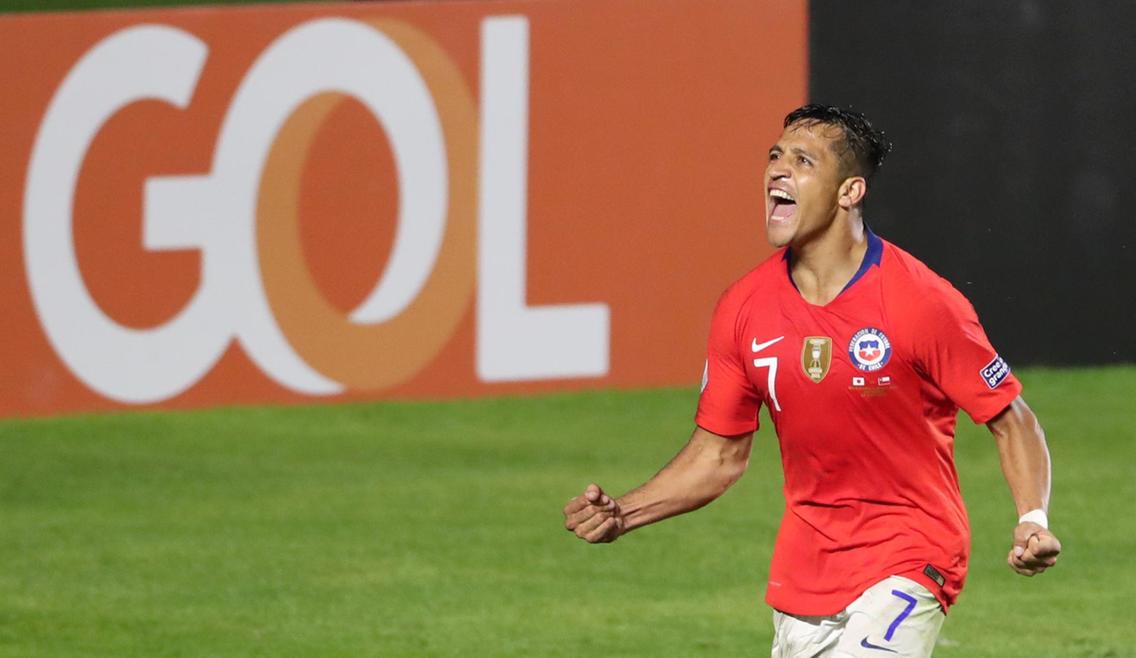 The win fired the holders into the quarter-finals of the competition.

The News of Agency of Nigeria reports that Chile took the lead in the eighth minute when Jose Fuenzalida volleyed into the net.

But Ecuador were awarded a penalty kick when goalkeeper Gabriel Arias clattered Jhegson Mendez, allowing Enner Valencia to level from the spot in the 26th minute.

Sanchez, who had ended a barren five-month spell by scoring in Monday’s 4-0 win against Japan, put Chile ahead early in the second half.

He did so by expertly guiding a bouncing cross into the net with one touch.

Ecuador rarely threatened again and saw defender Gabriel Achilier receive a straight red card in stoppage time for a rash tackle on Arturo Vidal, who had to be taken off.

Uruguay are second on four with Japan third on one and Ecuador bottom with no points.

Eagles versus Burundi:  Rohr picks Akpeyi ahead of Uzoho in goal