Jadon Sancho has not yet returned to Borussia Dortmund’s starting line-up since the Bundesliga’s restart, but his stunning season shows no signs of slowing. 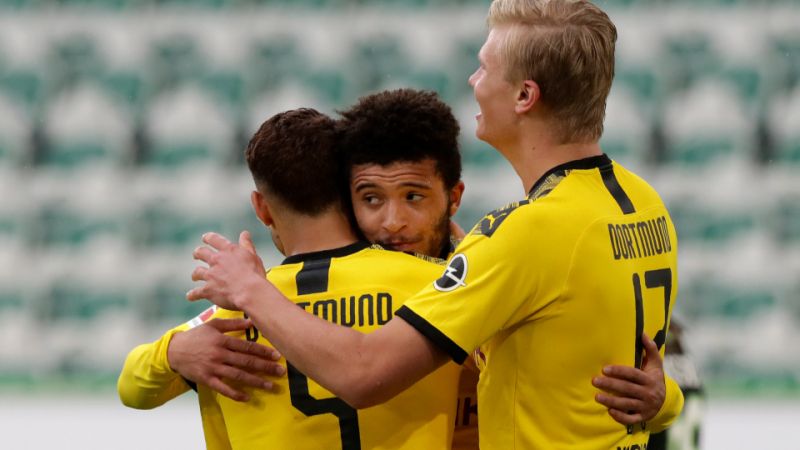 For the second week running, Sancho was named among the substitutes at Wolfsburg ahead of Dortmund’s huge midweek clash with title rivals Bayern Munich.

But the England winger was introduced in the second half on Saturday as BVB protected a one-goal lead secured by the in-form Raphael Guerreiro.

With 12 minutes remaining Sancho slid in Achraf Hakimi to double Dortmund’s lead and register his 16th Bundesliga assist of the season.

That figure represents a new record for Dortmund players since detailed data collection began in 2004-05, with Henrikh Mkhitaryan’s 15 in 2015-16 the previous benchmark.

Only Bayern’s Thomas Muller has as many assists this term as Sancho, with the 20-year-old also scoring 14.

The Bundesliga record belongs Kevin De Bruyne after his 20 assists for Wolfsburg in the 2014-15 season.

Euro 2020: Bale, Wales swimming against the tide in Denmark tie

Euro 2020: Bale, Wales swimming against the tide in Denmark…