Chelsea manager Maurizio Sarri has been fined £8,000 after accepting a misconduct charge, the Football Association has announced. 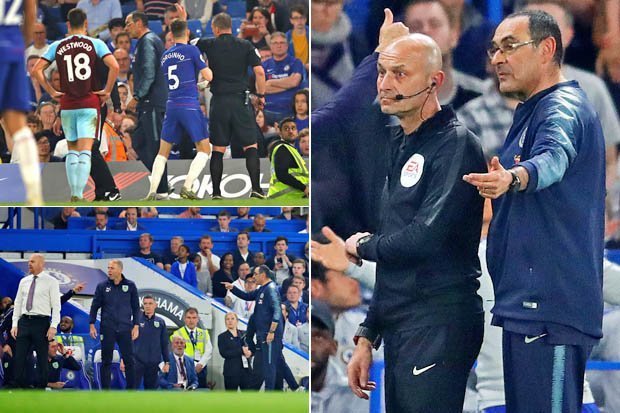 The charge relates to the Italian’s dismissal from the touchline during the closing stages of Chelsea’s 2-2 draw against Burnley at Stamford Bridge on Monday night.

Sarri was sent off after he went out of his technical area to contest a decision made by referee Kevin Friend.

A statement from the FA read: “Maurizio Sarri has been fined £8,000 after he admitted a misconduct charge from the FA and accepted the standard penalty.

“It concerned his behaviour in the 94th minute of Monday’s game between Chelsea and Burnley in the Premier League.”

Sarri was frequently involved in exchanges with Burnley boss Sean Dyche during the game while Chelsea complained to the FA afterwards that a member of the Clarets’ coaching staff had referred to Sarri as a “s*** Italian.”

Abiodun, Toriola, others may get improved ranking