Arsenal goalkeeper Bernd Leno made a number of key saves against Norwich City on Sunday which has been hailed by former keeper, David Seaman. 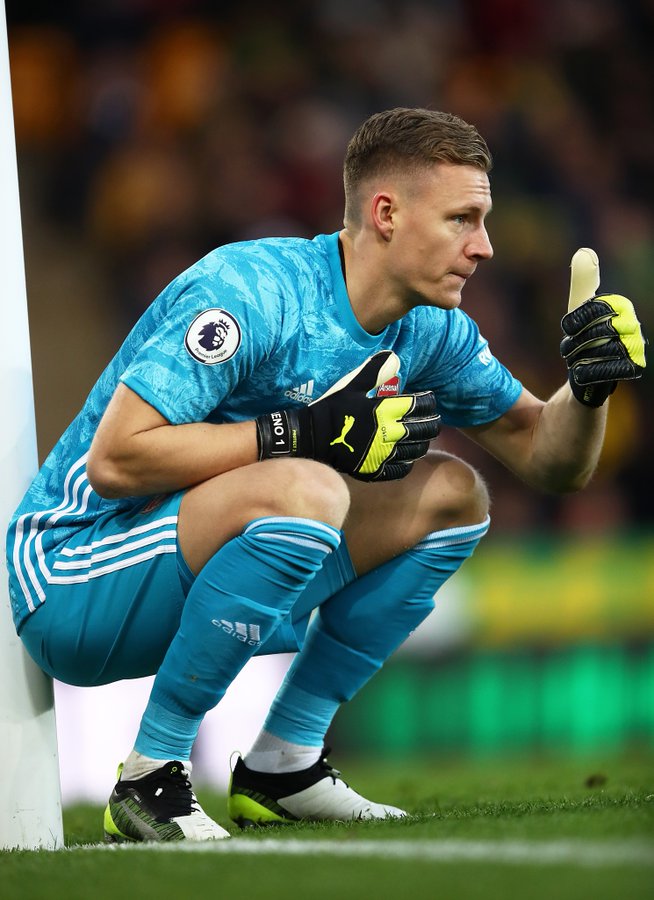 A defeat at Norwich would have been a terrible way for Freddie Ljungberg to begin his spell as caretaker Arsenal’s boss.

The draw was just about acceptable, and as Seaman points out, Arsenal had Leno to thank.

Arsenal have a number of problems at present, but Leno fortunately not one of them.

The defence remains an issue, and Leno will be busy. Arsenal need him to keep his form up.

Read Also: Arsenal’s job not for me, Ndidi’s coach declares

Seaman’s vote of confidence might even help him out.

West Ham ask Arsenal, Crystal Palace for friendlies ahead of…