Young Teranga Lions of Senegal have become the first country at the ongoing African under 20 Nations cup in Niger to qualify for the World cup in Poland.

Les Lions de la Teranga on Wednesday defeated the Black Starlets of Ghana 2-0 in their second match of the tournament.

The young lions had in their opening match beaten Mali by the same margin and have now garnered six points in two matches. They lead Group B with 6 points with Ghana and Mali in the second and 3rd position respectively.

With one match left for all the competitors on Friday and Saturday respectively, Senegal already have a place in the semifinals and will finish with maximum nine points if they compound the woes of Burkina Faso who have no points in two matches.  Senegal takes on Burkina Faso on Saturday while Ghana and Mali battle to the finish for the second semifinalists of the group. 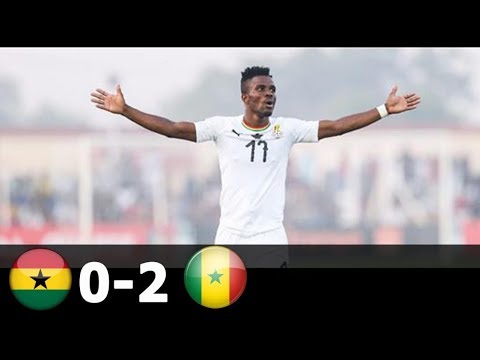 Flying Eagles who missed picking one of the tickets after a goalless draw with Amajita of South Africa will have to avoid a slip against hosts Niger on Friday.

In the second match of Friday, South Africa will equally fight to the finish against Burundi.  Both teams are on two points with Nigeria leading the group with four points. A draw could grant Nigeria the needed qualification but Coach of the side Paul Aigbogun has reported told his team to forget about seeking a draw but go for outright win against Niger. This would be the third time Senegal will be gracing the FIFA under 20 World cup.

In the 2015 FIFA U-20 World Cup they reached the semi-finals of the finals tournament, losing 5-0 to Brazil and then losing 3-1 in the third-place match against Mali.