Serena Williams gunning for her 24th Grand Slam as she takes 19th seeded Anastasija Sevastova on Thursday in the semi final of the US Open, has been named in the Annual Best Dressed List.

Serena Williams roared into her 12th US Open semi-final on Tuesday night in her quest to equal Margaret Court’s record of 24 Grand Slam titles remained on course. 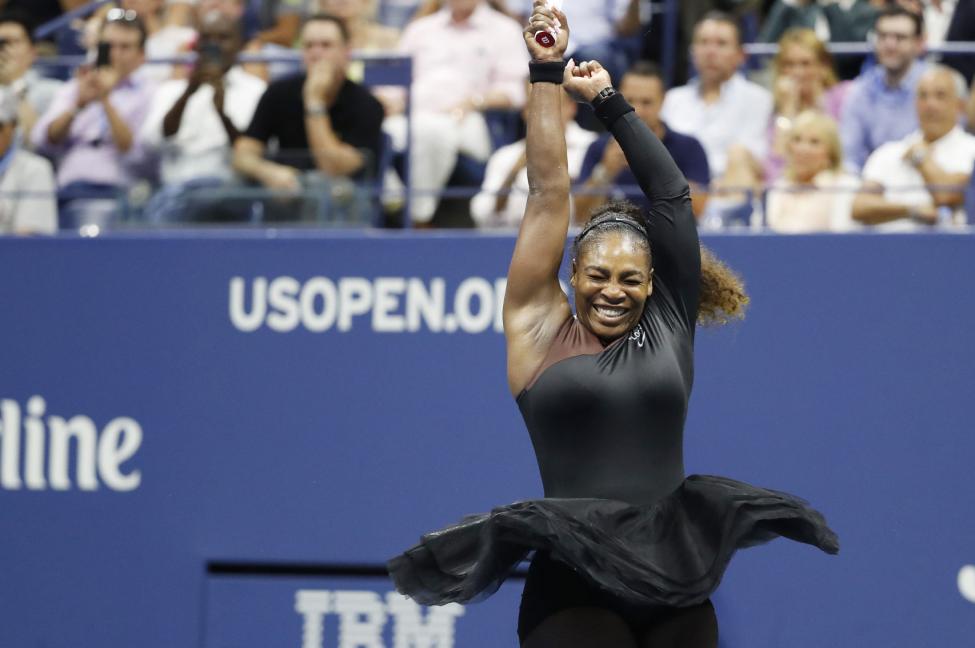 Also in the said list dished out by organisers of the Vanity Fair, are the Duchess of Sussex Meghan,  who is making her debut in the said list while joining what the outfit dubbed world’s most stylish men and women

Meghan was joined on the 43-strong list by close friends Serena Williams, 36, pictured at the US Open last week even as she has been tipped to clinch her add another Grand Slam title to her collections this weekend

Serena who is apparently the home favorite claimed eight games in a row to recover from an early break of serve in the opening set and secure a 6-4, 6-3 victory over No 8 seed Karolina Pliskova to hit the semi finals

It was a nervy start from Williams, who after saving two break points in her second service game found the net on the third to hand her Czech opponent an early break.

The six-time champion produced a glut of errors in the opening stages before composing herself to break back at 4-4 with some monstrous ground strokes. Victory over Pliskova marked her first victory over a top 10 opponent since January 2017.