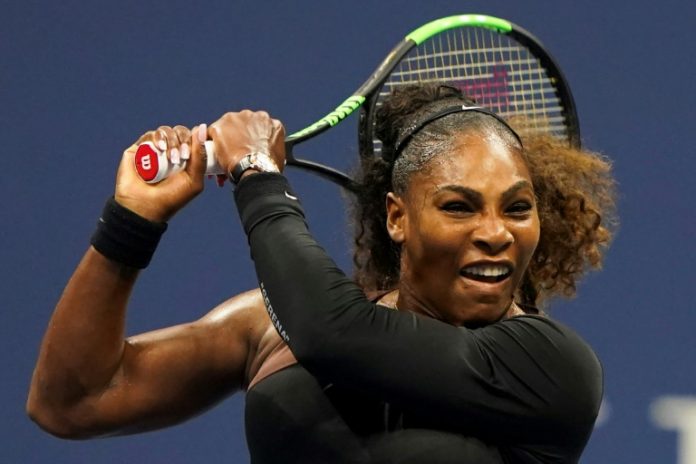 Serena Williams was eight weeks pregnant during her 2017 Australian Open triumph and though she has failed to add to her tally of 23 Grand Slam titles, the American is still regarded as the dominant force in women’s tennis.

The 37-year-old took a year off after the birth of her daughter, Alexis Olympia in September of that year, before returning to action last season, when she reached the finals at Wimbledon and the U.S. Open.

Her quest for another major fell at the final hurdle on both occasions, however, with defeats to Germany’s Angelique Kerber in London and rising Japanese star Naomi Osaka in New York.

The former Australian Open winner will still have another tilt at that milestone during the Jan. 14-27 event, in spite of entering the tournament ranked 16th in the world.

While Williams achieved her victory over sister Venus in the final two years ago, the challenge this year is expected to come from a vast array of players.

Chris Evert has described trying to pick a women’s singles champion in Melbourne as a “crapshoot”, with the last eight Grand Slam titles having been won by different players.

World number one Simona Halep has had a fractured lead-up to the tournament, with a back injury cutting short her 2018 season in September.

She will be without a coach for the first few months of the season after Darren Cahill left for “family reasons”.

And if that setback was not enough, she was outplayed by unseeded Australian Ashleigh Barty in the second round of the Sydney International.

The Romanian, who lost the 2018 Australian Open final to Caroline Wozniacki, could rue her lack of competitive matches but remained upbeat, while saying she had low expectations for the year’s first Grand Slam.

“I think I played a good level of tennis… No pain at all. I’m happy about that. It’s a great sign,” Halep told reporters after her loss to Barty.

A second Australian Open title for Kerber, who denied Williams in the 2016 final, will be a perfect birthday gift for the world number two, who turns 31 during the first week of the tournament.

She looked sharp at the Hopman Cup, maintaining a 100 per cent singles record, even though Germany lost to Roger Federer’s Switzerland in the final.

Defending champion Wozniacki has been battling rheumatoid arthritis, but the 28-year-old Dane will remain a contender, as will 21-year-old Osaka, who jumped into the spotlight with her ruthless victory over a fired-up Williams in New York.

Belarussian Aryna Sabalenka has emerged as a dark horse, with many observers, including American great Evert, tipping the 20-year-old to make her Grand Slam breakthrough in 2019.

Sabalenka surged up the WTA rankings last year with her first two titles and arrived in Melbourne fresh from winning another tournament in Shenzhen.

Australian Open could be my last game – Murray