All of those players won a title or titles in 2018, while Williams had to settle for just coming close a couple of times. 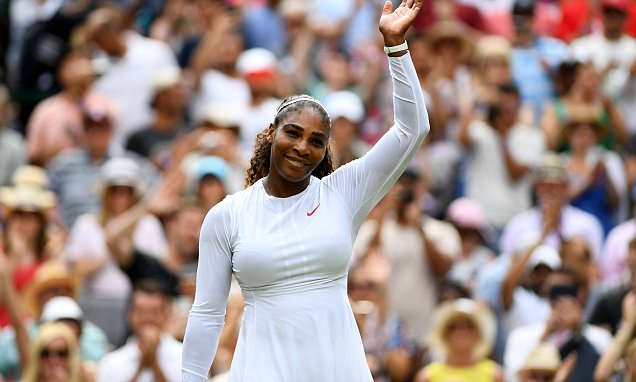 Now 37 and a new mother facing some players who weren’t even born when she turned pro in 1995, Williams isn’t the same person who ruthlessly ran her way to 23 Grand Slam singles titles — the last of which came at the 2017 Australian Open when she was pregnant.

“I’m still waiting to get to be the Serena that I was, and I don’t know if I’ll ever be that, physically, emotionally, mentally. But I’m on my way,” Williams said on the eve of the U.S. Open final. “I feel like I still have a ways to go. Once I get there, I’ll be able to play even hopefully better.”

The Male Athlete of the Year will be announced Thursday.

The women’s award has been won more only by Babe Didrikson Zaharias, whose six wins included one for track and five for golf.

This one was about her perseverance.

Joshua feeds tigers while on holidaying in Dubai

Benitez: ‘I had a good relationship with Ronaldo’

Benitez: ‘I had a good relationship with…