The Italian champions are fourth in the table, six points behind Milan, who head to Sampdoria on Sunday looking to extend their unbeaten run in the league.

Second-placed Inter Milan, five points adrift on their city rivals, host Bologna, days before their Champions League hopes will be decided in a must-win game against Shakhtar Donesk at the San Siro.

Zlatan Ibrahimovic’s Milan are targeting their first Serie A title since 2011, when the Swede last played for the club.

Ibrahimovic has missed their last two games including their Europa League win over Celtic with a muscular injury and will be sidelined for the trip to 11th-placed Sampdoria.

But while Milan have shown they can win without their star striker, who leads the Serie A scoring charts with 10 goals, Juve are reliant on Cristiano Ronaldo.

They have drawn five of nine games played this season including last weekend’s 1-1 against Benevento when Ronaldo was rested.

The Portugal forward will return for the derby along with Paulo Dybala, but Spain attacker Alvaro Morata sits out due to a two-match suspension.

Torino coach Marco Giampoalo has recovered from coronavirus as his 18th-placed side seek a first top-flight win at Juve since April 1995.

Milan head to Genoa looking to keep their unbeaten league run, and after qualifying for the Europa League knockout rounds.

“Ibra is an important player, even when he is not playing, he’s a leader,” said Pioli.

“But we have shown we have many solutions.”

Sassuolo are third, equal on points with Inter after suffering their first defeat of the season to Conte’s side last time out.

The side from Emilia-Romagna face a tough trip to sixth-placed Roma, whose seven-match unbeaten run ended in Napoli last weekend.

Napoli, in fifth, travel to promoted Crotone, as they push for a first league title since the days of Diego Maradona in 1990, to honour the memory of the Argentina legend. 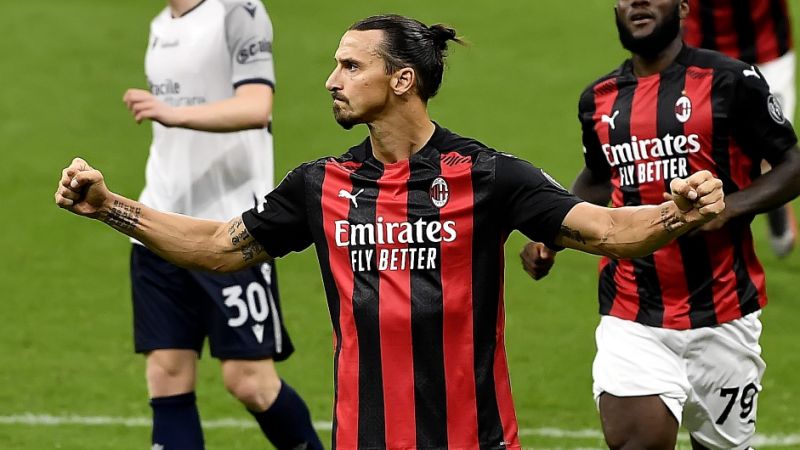 Eighth-placed Atalanta go to Udinese before their Champions League trip to Ajax, with Lazio, just behind, playing at promoted Spezia before hosting Club Brugge.

Belotti, 26, has accounted for seven of his struggling side’s 16 goals this season and they have six points from nine games.

The Italy forward joined the club in 2015, scoring a career-high 26 league goals the following campaign.