Serie A clubs will no longer be able to wear primarily green kits from the 2022-23 campaign onwards following a change in regulations.

While the change will come into effect from next year, top-flight clubs in Italy will have one less colour to choose from when designing their new strips each season.

According to Football Italia, the change comes amid concerns from television companies that green outfield shirts are too similar to the colour of the pitch and would blend in with the background, making it difficult for viewers and anyone who is colourblind.

While this isn’t a major issue for most Serie A clubs, Sassuolo could be forced to rethink their club colours, considering their home kit is green and black stripes.

It is yet unclear how the new regulations affect I Neroverdi, given that their home kit is fairly distinguishable with the black stripes. 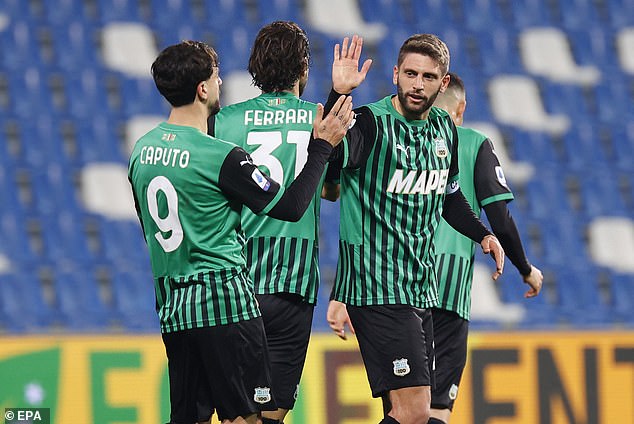 And Sassuolo weren’t the only team to don green kits last season.

For the 2020-21 campaign, Atalanta created a grey-green Christmas Tree shirt while Lazio went with a completely neon green away kit.

Football Italia go on to claim that the rule changes will affect socks and shorts, too, so if three colours are used, one must be clearly dominant across the shirt, bottoms and socks.