Barcelona boss Quique Setien admits he is ready to quit in the aftermath of their stunning 8-2 defeat to Bayern Munich on Friday night.

Setien watched on from the sidelines as Bayern inflicted the heaviest defeat Barcelona have suffered in their entire history in Europe.

The Spaniard has only been in charge since January after he replaced Ernesto Valverde.

But he has struggled to earn the backing of Barcelona’s star players, especially Lionel Messi.

And speaking after the match he appeared to be resigned to his fate. 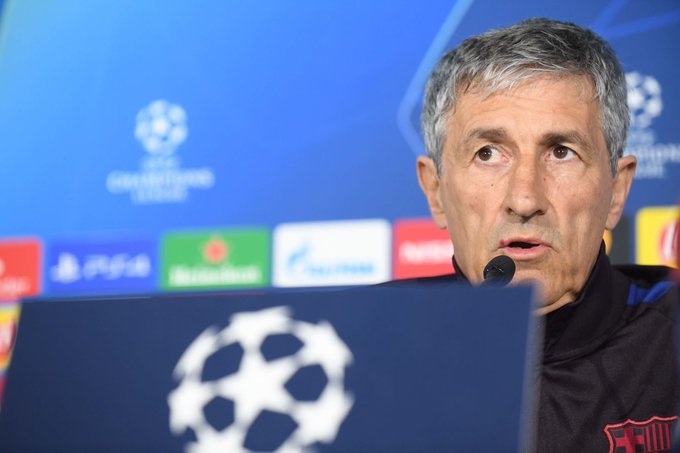 “We started pretty well but the power of the opponents, in many phases of the play, overran us.

“I’m not going to talk about what is needed at the club. I’ve been here for just a few months.

“If Gerard Pique says that it’s time for big changes there’s going to be importance to his words.

“It’s time for us to review and take the decisions which are needed for the future.

“I think that right now it’s too soon to be talking about whether I stay at the club or not.

“The reality is that it doesn’t depend on me. It’s worth all of us working out what’s important and considering a wide range of things which correspond to a defeat of this importance and which is so painful.”

It was the first time since April 1951 that Barcelona had lost a match by six-goals.

Not since April 1946 when they lost 8-0 to Sevilla have Barcelona conceded eight goals.

The result means Barcelona have crashed out of the Champions League in the quarter-finals for a fourth time in the last five seasons.