Sevilla defender Sergio Escudero remained coy about reports saying that he has agreed a return to Getafe as “these are things that come out”, although he does not know “anything” and is “focused on Sevilla”.

The 30-year-old has fallen out of favour at the Andalusian club this season under Julen Lopetegui, who has instead opted to play Sergio Reguilon (on loan from Real Madrid) at left-back with Diario AS claiming he had an agreement to re-join Getafe.

Escudero said, as cited by La Razon: “I have been here for five years, I have another year and Sevilla is my home. I am very happy and I cannot say anything else.”

Despite Reguilon’s temporary deal at Sevilla expiring this summer, it appears that Escudero has no intention of remaining at the club and instead favours a return to Los Azulones.

It is claimed by the report that he has already personally struck terms with Getafe – whom he left to join Sevilla in a €2.5m deal in the summer of 2015 – although there is not yet an agreement between the two clubs. 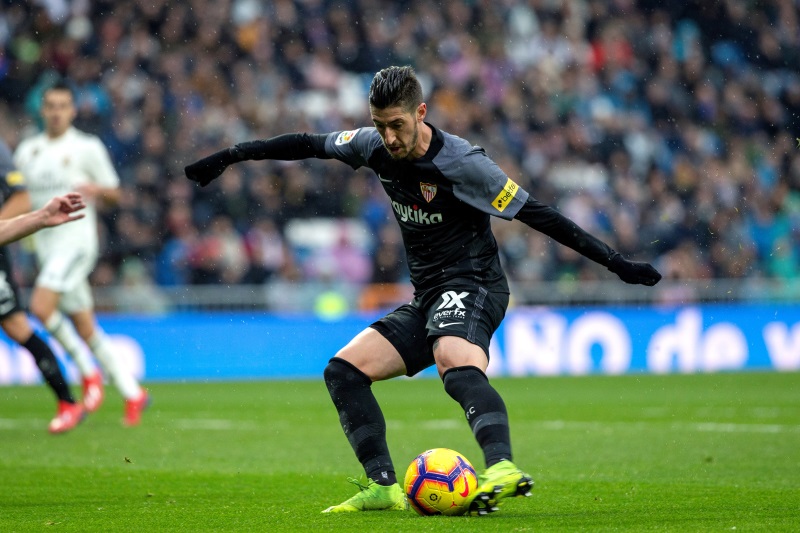 His incorporation was said to be a priority of Getafe boss Jose Bordalas, while Escudero spent three successful seasons at the Madrid-based club, whom he joined from Schalke.

Escudero has clocked up 157 appearances for Sevilla, scoring five goals and has played under seven different permanent managers.

Victor Moses reveals most important manager of his career