One player told Britain’s Guardian newspaper that Afghanistan Football Federation (AFF) president Keramuddin Karim had lured her into a secret bedroom near his office where he allegedly pointed a gun at her after hitting her in the face and raping her.

“When I woke up, all my clothes were gone and there was blood everywhere,” the player told the newspaper on the condition of anonymity.

“The bed was covered in blood, blood was coming from my mouth, nose and vagina.”

Another player alleged Karim threatened to cut out her tongue after she managed to escape his unwanted sexual advances. 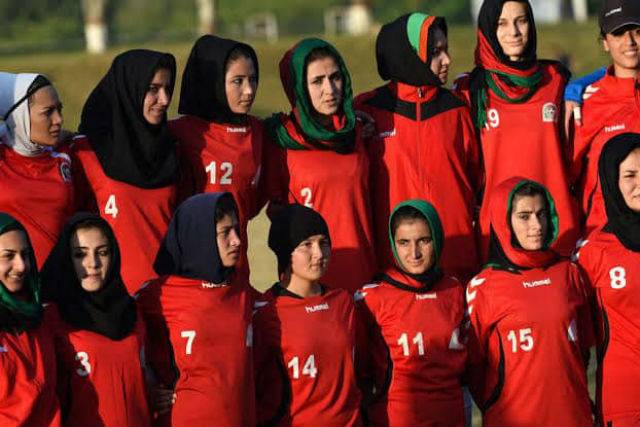 The attorney general has placed five officials, including Karim, on a “no-flying list and banned them from travelling out following the accusation on abusing the female players of the AFF”, attorney general spokesman Jamshid Rasooli said in a statement on Twitter.

Earlier this month, the attorney general suspended the five men to facilitate an investigation into the case that was first reported in the Guardian in November.

The newspaper previously cited what it described as senior figures associated with the women’s team who said the abuse had taken place in Afghanistan, including at the AFF headquarters, and at a training camp in Jordan last February.

Afghan President Ashraf Ghani had ordered the attorney general to conduct a “thorough investigation” into what he called “shocking” claims of abuse by male officials against members of the women’s team.

Afghanistan has made strides to promote female football. As well as the national side, four years ago it launched its first all-women’s league that ran in parallel with the men’s. But the female teams were sidelined in 2017 by a lack of funding.