Tottenham star Heung-min Son isn’t the only one sporting a sharper look during the coronavirus lockdown.

Son, though, has not been forced to go clippers in hand due to a lack of available hairdressers, rather photos have emerged of Son with a supposed military haircut. 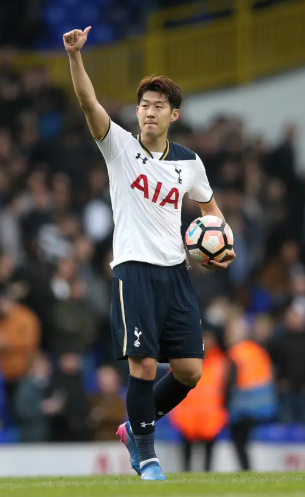 The forward is currently undertaking three weeks of compulsory military training, Tottenham sanctioning the leave during the football hiatus.

Son arrived on the island of Jeju last Monday and spent his first week with the marines taking part in formal training and other learning drills.

Son was in 2018 given special exemption from South Korea’s mandatory 21-month military service after captaining his country to a gold medal in the Asian Games, but is still required to complete a shortened month-long assignment.

Tottenham expect Son back in England before the end of May, though the return of Premier League action remains up in the air with the season on pause indefinitely for the time being.

Sports stars compete for fans on dangerous path from their sofas