Former Nigeria international Yisa Sofoluwe has warned the Super Eagles to be wary of Cape Verde when hostilities begin in the second round phase of the Qatar 2022 FIFA World Cup. 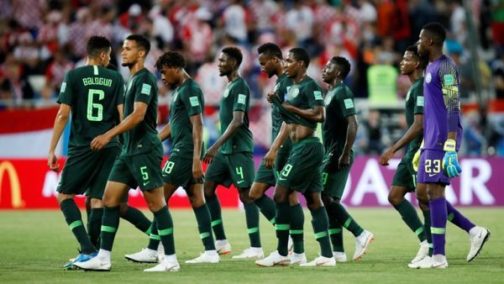 The Super Eagles were drawn in a seemingly easy second round Group C that houses Cape Verde, Central African Republic and Liberia during the 2022 World Cup qualifying draw held in Cairo on Tuesday but Sofoluwe who earned 40 international caps during his heyday with the national team has called for caution.

He disclosed that there were no small teams again in football and that with only the group leaders making it to the final round of the qualifiers, Cape Verde who played at the quarter final stage in their debut appearance at the Africa Cup of Nations in South Africa in 2013 as well as President George Weah’s Liberia could pose great threats to the Super Eagles ambition of qualifying.

“We are in a group that we should easily qualify from but knowing the unpredictability of football, I want to appeal to the Super Eagles to take every game seriously,” said Sofoluwe who scored a goal in his impressive career with the Super Eagles.”

“We must prepare very well and respect our opponents if we are to qualify. Cape Verde, Central African Republic and Liberia are not in Nigeria’s class but they can shock us if we underrate them.

“Cape Verde surprised many at the AFCON (South Africa 2013) where they got to the quarter final before get narrowly lost out (to Ghana). We cannot joke with a nation like that,” warned Sofoluwe who was nicknamed the ‘Dean of Defence’ during his days with the Super Eagles.

Sofoluwe who appeared at two AFCON in 1984 and 1988 during his glittering football career but now a coach still tipped the Eagles to pick the ticket ahead of their Group C rivals but noted that Nigeria must do the right thing for that to be possible.